4 of Our Books Shortlisted for the International Dublin Literary Award 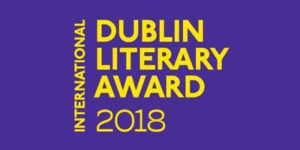 The 10 finalists for the 2018 International Dublin Literary Award have been announced, the shortlist including 4 authors and their books published in the U.S. by Penguin Random House imprints. Sponsored by the Dublin City Council and managed by Dublin City Libraries, the international competition receives its nominations from public libraries in cities around the world and recognizes both writers and translators.

The Dublin Literary Award, now in its 23rd year, is one of the richest literary prizes in the world, worth €100,000 to the winner. If the book has been translated, the author receives €75,000 and the translator €25,000. A five-member international judging panel, chaired by Eugene R. Sullivan, will select one winner, which will be announced by Lord Mayor, Ardmhéara, Mícheál Mac Donncha, Patron of the Award, on June 13 in Dublin, Ireland.

LADIVINE by Marie Ndiaye; translated from French by Jordan Stump (Alfred A. Knopf)

MY NAME IS LUCY BARTON by Elizabeth Strout (Random House)