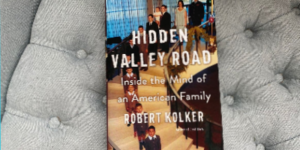 Robert Kolker, author of HIDDEN VALLEY ROAD (Doubleday), an Oprah’s Book Club pick, will be in conversation with journalist Joselin Linder (The Family Gene) via Zoom on Thursday, July 9 at 7:00pm (ET).