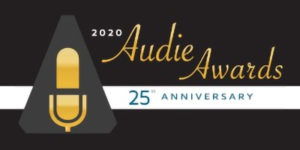 Fresh from the thrilling Best Spoken Word Album Grammy win for BECOMING, Penguin Random House Audio has earned four of the six nominations for “Audiobook of the Year Audie.” The coveted annual peer awards are sponsored by the Audio Publishers Association trade group. In all, Penguin Random House Audio publishes 19 of the Audie finalists across multiple categories. Winners will be announced at the Audies Gala on March 2 in Manhattan.

Audiobook of the Year

Narration by the Author or Authors

Congratulations to our nominated audiobook authors, narrators, producers and publishers.