Attention Gamers: Minecraft “Lunch and Learn” for Your Kids and You on Instagram Live (4/9) 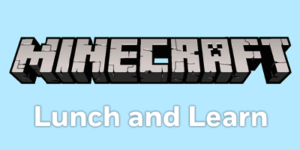 Random House presents a “Lunch and Learn” focused on Minecraft, education on the game your kids (and some of you) love, live on Instagram, Thursday, April 9, 12:30 pm (ET).

Minecraft is a video game franchise developed by Mojang, created by Markus “Notch” Persson. The game was first released for personal computers in 2009 before being officially released in November 2011.