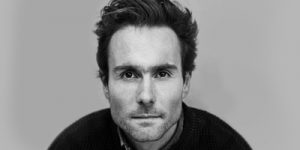 David Wallace-Wells’ book, THE UNINHABITABLE EARTH, about the potential effects of climate change, came out in 2019 but has never quite left the cultural conversation. It’s returned for a feature on PRH.com, along with a custom-animated video produced by Sophie Feng from Consumer Marketing’s Creative Media team.

“Sophie worked with an Australian-based artist to create the hyper-stylized animations, and then did an incredible job weaving it in among the studio interview footage and sound design to create a truly captivating piece of content,” said John Clinton, VP, Creative Media. “Originally, the video was supposed to be a tie-in with the paperback release last year around Earth Day, but we pushed it back due to the pandemic. It unwittingly become a great piece of content for promoting The Uninhabitable Earth as an evergreen backlist title.”

This result is a great piece of synergy between the team at Tim Duggan Books, Creative Media, and Content. Read the article and watch the video here.