Dolly Parton's Imagination Library Now Serves Over 10% of Children Under 5 in the U.S. 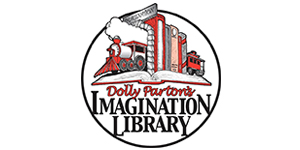 Parton created the Imagination Library in 1995 to inspire a love for books and reading amongst the nation’s preschool children. It began as a gift for the children in Dolly’s hometown, Sevierville, Tennessee, and is now active in all 50 states, and 5 countries. Penguin Young Readers has been a proud partner of The Imagination Library since 2001, with Random House Children’s Books joining in 2017, and together, they have helped Dolly Parton distribute more than 190 million books to children around the world.

You can revisit episodes of Goodnight with Dolly here!

With the number of great books that we are bringing every month, it also becomes very important to understand how we efficiently use our resources to…