Driven by the Heart, DEAR EDWARD Shows a Path Forward After an Unimaginable Tragedy 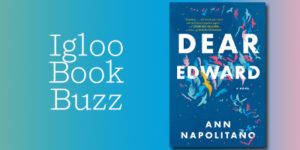 Our first Igloo Book Buzz selection of 2020 is Ann Napolitano’s DEAR EDWARD, published by The Dial Press. The #ReadWithJenna Book Club January Pick, as featured on the Today show, this impactful page-turner takes on the question: What does it mean not just to survive, but to truly live? DEAR EDWARD is a transcendent coming-of-age story, a multidimensional portrait of an unforgettable cast of characters, and an illustration of all the ways a broken heart learns to love again. 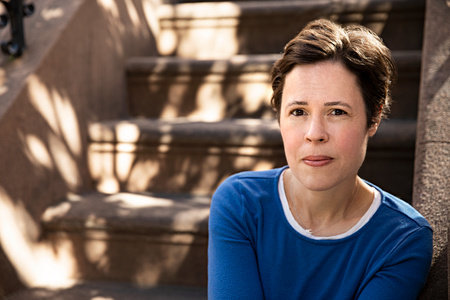 Napolitano shares, “I never thought I would write a novel about a plane crash. I’m a nervous flyer, and fictionally I’ve always gravitated more toward family drama than novels filled with crashes and explosions. But in 2010, I became obsessed with a news story about a nine-year-old Dutch boy who was the sole survivor of a plane crash. I couldn’t stop thinking about this child who lost everything—his parents, his brother, his entire world—in one sweeping moment. My own sons were one and three years old at the time, and I needed to believe that if they ever had to endure such a loss, they would somehow be able to go on. I wanted to think that they could go to school, make new friends, fall in love. That need to believe in a path forward after unimaginable tragedy drove me to write one for my fictional Edward.”

Whitney Frick, VP & Editorial Director, The Dial Press, comments, “Working with Ann Napolitano has been a dream come true. Her writing is extraordinary—clear-eyed, compassionate, and intimate—and she is equally thoughtful and lovely as a person. We set out to redefine the Dial Press as a ‘publisher of books driven by the heart,’ and from the moment I read DEAR EDWARD, I knew it was exactly the type of affecting, soul-expanding novel we needed to launch our new list. I am so proud to be publishing DEAR EDWARD and to call Ann a friend.”