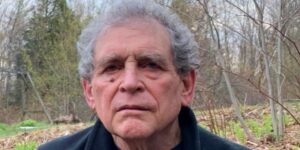 Alan Weisman, author of The World Without Us (Picador, 2008), and a forthcoming title from Dutton, HOPE DIES LAST (2024) has co-founded The Public Interest Reporting Defense Fund, in response to the alarming increases worldwide in the number of journalists being arrested in the line of duty. 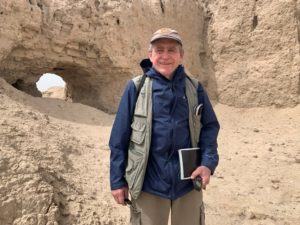 Weisman himself was arrested last year at an environmental protest in Minnesota while reporting for his forthcoming book.  Although he was wearing press credentials and identified himself as a journalist to the lead sheriff, Weisman was arrested and strip-searched.  He later spent thousands of dollars fighting a charge that was ultimately dismissed.

Weisman says, “I’m fortunate to already have benefitted by the existence of this fund, and we at Homelands hope that others will, too.  We wish that no one would ever need it, but with autocracy now looming in much of our world, giving license to growing impunity, those of us who professionally bear witness to injustice to people and planet increasingly do so at our own risk.”

One World is proud to be a home for authors, journalists, and activists who give us new language to understand our past, present, and future. With…