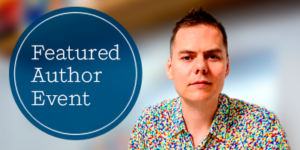 You’re invited to a special evening with Pantheon author David Heatley for a discussion of this new book, QUALIFICATION: A Graphic Memoir in 12 Steps, on Wednesday, October 30, at PowerHouse Arena (28 Adams Street) in Brooklyn. Heatley will be in conversation with fellow Penguin Random House author and graphic artist Liana Finck. This free access event, first come, first seated, begins at 7:00 p.m.

From the author of My Brain Is Hanging Upside Down comes a graphic memoir brimming with black humor, exploring the ultimate irony: the author’s addiction to 12-Step programs. Heatley had an unquestionably troubled and eccentric childhood: father a sexually repressed alcoholic, mother an overworked compulsive overeater. Then his parents enter the world of 12-step programs and find a sense of support and community. Eventually Heatley starts attending meetings too. Alcoholics Anonymous. Overeaters Anonymous. Debtors Anonymous. Sex and Love Addicts Anonymous. More and more meetings. Meetings for issues he doesn’t have.

With stark, sharply drawn art and unflinching honesty, Heatley explores the strange and touching relationships he develops, and the truths about himself and his family he is forced to confront, while “working” an ever-increasing number of programs. The result is a complicated, unsettling, and hilarious journey—of far more than 12 steps.

David Heatley’s comics and drawings have appeared on the cover of The New Yorker and in every section of The New York Times. His work has also appeared in Granta, McSweeney’s, Best American Comics (cover artist), Nickelodeon Magazine, and Time Out, among many others. His first graphic memoir, My Brain Is Hanging Upside Down, was published in the US, UK, France, Spain and Belgium. He lives in Jackson Heights, New York, with his wife Rebecca Gopoian and their two children.