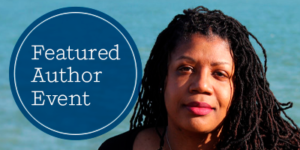 Penguin Random House employees are invited to meet author Mikki Kendall and hear her talk about her new Ten Speed Press book, AMAZONS, ABOLITIONISTS, AND ACTIVISTS: A Graphic History of Women’s Fight for Their Rights, illustrated by A. D’Amico, Wednesday, December 11, at the Strand Bookstore (828 Broadway) in Manhattan. Kendall will be in conversation with N. K. Jemisin, author of speculative fiction short stories and novels. This event, which includes a book signing, will be in the Rare Book Room and begins at 7:00 pm.

The ongoing struggle for women’s rights has spanned human history, touched nearly every culture on Earth, and encompassed a wide range of issues, such as the right to vote, work, get an education, own property, exercise bodily autonomy, and beyond. AMAZONS, ABOLITIONISTS, AND ACTIVISTS is a fun and fascinating graphic novel-style primer that covers the key figures and events that have advanced women’s rights from antiquity to the modern era. In addition, this compelling book illuminates the stories of notable women throughout history–from queens and freedom fighters to warriors and spies–and the progressive movements led by women that have shaped history, including abolition, suffrage, labor, civil rights, LGBTQ liberation, reproductive rights, and more. Examining where we’ve been, where we are, and where we’re going, AMAZONS, ABOLITIONISTS, AND ACTIVISTS is a valuable resource for people of all genders interested in the fight for a more liberated future.

Mikki Kendall is a writer, speaker, and blogger whose work has appeared in The Washington Post, The Boston Globe, The Guardian, TIME, Salon, Ebony, Essence, and elsewhere. An accomplished public speaker, she has discussed race, feminism, violence in Chicago, tech, pop culture, and social media on NPR’s Tell Me More, Al Jazeera’s The Listening Post, BBC Women’s Hour, Huffington Post Live, as well as at universities across the country. In 2017, she was awarded Best Food Essay from the Association of Food Journalists for her essay on hot sauce, Jim Crow, and Beyoncé. She co-edited the Locus nominated anthology Hidden Youth, and is part of the Hugo-nominated team of editors at Fireside Magazine. A veteran, she lives in Chicago with her family.