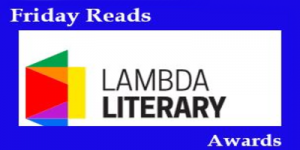 Pride Month began in style as Lambda, the nation’s premier LGBTQ literary organization, held its 33rd Lambda Literary Awards (a.k.a. the “Lammys”) this week via a live Zoom ceremony hosted by Rakesh Satyal. Novelist Torrey Peters, author of DETRANSITION, BABY, kicked off the festivities speaking of her joy to be presenting for “an organization for which trans writing and trans authors aren’t an afterthought.” You can watch the ceremony and find the complete list of winners here. Congratulations to our two winners and numerous finalists as follows:

YOU EXIST TOO MUCH: A NOVEL by Zaina Arafat (Catapult)

A “provocative and seductive debut” of desire and doubleness that follows the life of a young Palestinian American woman caught between cultural, religious, and sexual identities as she tries to lead an authentic life (O, The Oprah Magazine)

WOW, NO THANK YOU.: ESSAYS by Samantha Irby (Vintage/Random House)

Based on an unexplored slice of World War II history, Exile Music is the captivating story of a young Jewish girl whose family flees refined and urbane Vienna for safe harbor in the mountains of Bolivia

BESTIARY: A NOVEL by K-Ming Chang

Three generations of Taiwanese American women are haunted by the myths of their homeland in this spellbinding, corporeal debut about one family’s queer desires, violent impulses, and buried secrets.

An audacious and wryly funny coming-of-age story about a pregnant pizza delivery girl who becomes obsessed with one of her customers.

HOW MUCH OF THESE HILLS IS GOLD: A NOVEL by C Pam Zhang

An electric debut novel set against the twilight of the American gold rush, two siblings are on the run in an unforgiving landscape—trying not just to survive but to find a home.

One of the year’s most talked about novels, following a young man who runs away to a Midwestern university town only to fight a deeper psychic battle.

THE SEEP by Chana Porter

FAIREST: A MEMOIR by Meredith Talusan

A singular, beautifully written coming-of-age memoir of a Filipino boy with albinism whose story travels from an immigrant childhood to Harvard to a gender transition and illuminates the illusions of race, disability, and gender

HERE FOR IT: OR, HOW TO SAVE YOUR SOUL IN AMERICA; ESSAYS by R. Eric Thomas

JENNA’S BOOK CLUB PICK! From one of the most beloved popular culture writers today, humorist and playwright R. Eric Thomas’s heartfelt and hilarious memoir-in-essays about growing up seeing the world differently, finding unexpected hope, and every awkward, extraordinary stumble along the way.

FORTUNE FAVORS THE DEAD: A NOVEL by Stephen Spotswood

A wildly charming and fast-paced mystery written with all the panache of the hardboiled classics, Fortune Favors the Dead introduces Pentecost and Parker, an audacious new detective duo for the ages.

Written in a direct address to his son, Pete’s moving and emotional text tells how his partner, Danny, found a baby tucked away in the corner of a subway station on his way home from work one day. Pete and Danny ended up adopting the baby together. Although neither of them had prepared for the prospect of parenthood, they are reminded, “Where there is love, anything is possible.”

Tiến loves his family and his friends…but Tiến has a secret he’s been keeping from them, and it might change everything. An amazing YA graphic novel that deals with the complexity of family and how stories can bring us together.

This intimate debut memoir by the man known to the world as Mister Rogers’ Neighborhood’s Officer Clemmons, who made history as the first African American actor to have a recurring role on a children’s television program, “doesn’t ask you to be his neighbor, but rather just to hear his story: one of a man of profound strength and talent who stood up, sang out, and, after great struggle, was heard” (NPR)

For more on these titles visit the collection, Lambda Awards 2021

Reserve Your Free Ticket for the n+1 Writers Awards Ceremony on Wednesday, May 26

This spring, n+1 established the Anthony Veasna So Fiction Prize, an annual $5,000 award granted to an outstanding fiction writer whose work has appeared in n+1…

WINNER! BISEXUAL FICTION YOU EXIST TOO MUCH: A NOVEL by Zaina Arafat (Catapult) A “provocative and seductive debut” of desire and doubleness that follows the life…