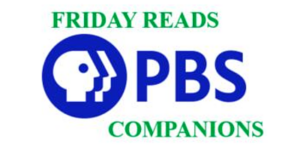 We are so grateful for PBS! PBS educates and entertains and is the favorite station of many a reader. Are you watching Henry Louis Gates, Jr.’s documentary The Black Church? Penguin Random House has the companion book as well as many other notable companions to exceptional PBS programs. Your viewing and reading should be set with the following list:

From the New York Times-bestselling author of Stony the Road and one of our most important voices on the African-American experience, a powerful new history of the Black church in America as the Black community’s abiding rock and its fortress. As Gates brilliantly shows, the Black church has never been only one thing. Its story lies at the vital center of the civil rights movement, and produced many of its leaders, from the Reverend Martin Luther King, Jr. on, but at the same time there have always been churches and sects that eschewed a more activist stance, even eschewed worldly political engagement altogether. That tension can be felt all the way to the Black Lives Matter movement and the work of today. Still and all, as a source of strength and a force for change, the Black church is at the center of the action at every stage of the American story, as this enthralling history makes vividly clear.

The rich and colorful story of America’s most popular music and the singers and songwriters who captivated, entertained, and consoled listeners throughout the twentieth century—based on the eight-part film series.

CHASING THE MOON: THE PEOPLE, THE POLITICS, AND THE PROMISE THAT LAUNCHED AMERICA INTO THE SPACE AGE by Robert Stone, Alan Andres

A charismatic young president issued the historic Moon landing challenge. This book, which greatly expands the companion PBS series, tell the stories of the visionaries—based on eyewitness accounts and newly discovered archival material—who helped America win the space race with the first lunar landing more than fifty years ago.

THE BRAIN: THE STORY OF YOU by David Eagleman

Join renowned neuroscientist David Eagleman for a journey into the questions at the mysterious heart of our existence. What is reality? Who are “you”? How do you make decisions? Why does your brain need other people? How is technology poised to change what it means to be human? In the course of his investigations, Eagleman guides us through the world of extreme sports, criminal justice, facial expressions, genocide, brain surgery, gut feelings, robotics, and the search for immortality. Strap in for a whistle-stop tour into the inner cosmos. In the infinitely dense tangle of billions of brain cells and their trillions of connections, something emerges that you might not have expected to see in there: you.

SCHOOL: THE STORY OF AMERICAN PUBLIC EDUCATION by Sarah Mondale

Esteemed historians of education journey through history and across the nation to recapture the idealism of our education pioneers, Thomas Jefferson and Horace Mann. We learn how, in the first quarter of the twentieth century, massive immigration, child labor laws, and the explosive growth of cities fueled school attendance and transformed public education, and how in the 1950s public schools became a major battleground in the fight for equality for minorities and women. The debate rages on: Do today’s reforms challenge our forebears’ notion of a common school for all Americans? Or are they our only recourse today? This lavishly illustrated companion book to the acclaimed PBS documentary, “School”, is essential reading for anyone who cares about public education.

THE LANGUAGE OF LIFE by Bill Moyers

“Poets live the lives all of us live,” says Bill Moyers, “with one big difference. They have the power–the power of the word–to create a world of thoughts and emotions other can share. We only have to learn to listen.”

HEALING AND THE MIND by Bill Moyers

Bill Moyers’s Healing and the Mind is a touchstone, shaping the debate over alternative medical treatments and the role of the mind in illness and recovery in a way that few books have in recent memory. In a series of fascinating interviews with world-renowned experts and laypeople alike, Bill Moyers explores mind/body medicine. Combining the incisive yet personal interview approach that made A World of Ideas a feast for the mind and the provocative interplay of text and art that made The Power of Myth a feast for the imagination, Healing and the Mind is a landmark work.

It was the greatest war in American history. It was waged in 10,000 places—from Valverde, New Mexico, and Tullahoma, Tennessee, to St. Albans, Vermont, and Fernandina on the Florida coast. More than 3 million Americans fought in it and more than 600,000 men died in it. Not only the immensity of the cataclysm but the new weapons, the new standards of generalship, and the new strategies of destruction—together with the birth of photography—were to make the Civil War an event present ever since in the American consciousness. Thousands of books have been written about it. Yet there has never been a history of the Civil War quite like this one: A magnificent book in its visual power, its meticulous research, its textual brilliance, and the humanity of its narrative, The Civil War will stand among the most illuminating and memorable portrayals of the American past.

For more on these and related titles visit: PBS Companions