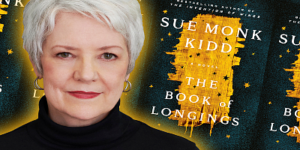 Sue Monk Kidd will be featured on the Home With A Twist Book Club to discuss her novel, THE BOOK OF LONGINGS (Viking), via Zoom on Thursday, July 30 at 7:00 pm (ET).