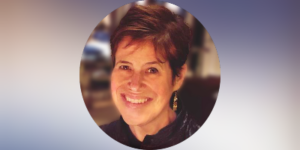 Priyanka Chopra Jonas, known the world over for her acting, producing, philanthropy, and fashion career, was determined to present unfiltered personal aspects of her remarkable life in her new memoir, UNFINISHED. Ballantine Executive Editor Pamela Cannon helped her accomplish this mission. In the following Three Questions for an Editor Igloo interview, Pamela presents insights into what drew her to Priyanka and the stories she wanted to share in the pages of her book, how they established a productive editor/author working process, and why you will want to read UNFINISHED.

What drew you to Priyanka Chopra Jonas and the stories she wanted to share?

When I first met Priyanka nearly three years ago, I was completely captivated by her ability to communicate her life in stories. At the time, I didn’t know much about her, other than that she had starred in the ABC series Quantico and that she had a film career in India. As we sat together in her agent’s conference room, the conversation flowed easily. She shared how her parents first met as army doctors in India, falling quickly in love. She mentioned how she hoped to one day emulate that same deep and instant love (cue Nick Jonas). I leaned in, and found myself enthralled by the richly detailed glimpses of Priyanka’s childhood and later on the challenges she faced with racism and sexism in both India and Hollywood.

While our experiences of growing up, pursuing our careers, and finding our partners, were clearly different, I found that we in fact shared many of the same emotions, insecurities, and doubts, and eventually we both gained the confidence to move forward. Readers will no doubt encounter a similar feeling of relatability as they make their way through this honest and compelling account.

How would you describe the editor/author process as UNFINISHED became a finished book?

A moving target, literally. Each time I would connect with Priyanka, not only would she be in a different city, she would also be in a different country and often a different continent. The time zone issue was tricky but we eventually figured out a groove, relying heavily on video conferencing in those pre-Zoom days. Once Covid hit, things of course slowed down, giving Priyanka the time she needed to really sit, quiet her mind, and focus on the milestone moments of her life, around which UNFINISHED was built.

While Priyanka is one of the most recognizable women in the world, known for her acting and producing, philanthropy, and fashion, there was much about her life that hadn’t yet been revealed in the hundreds of interviews she had given. We worked together to find those moments, examine what they meant to her, how they impacted her, and the choices she made in her life as a result of them. She dove deep into her family life, which is incredibly important to her, as well as the challenges she faced as a female actress and producer in India and the United States.

Who do you think will be most interested in reading about Priyanka’s life, career, and opinions?

With more than 100,000,000 social media followers around the globe, I have to say there will be no shortage of readers for this book. That said, even if you’ve never heard of Priyanka Chopra Jonas, and just randomly picked up UNFINSHED, you would be rewarded with a thoughtful and inspiring read that might just encourage you to take a risk, try something you never thought you’d be good at, and, most of all, live your life fully, with purpose and gratitude.