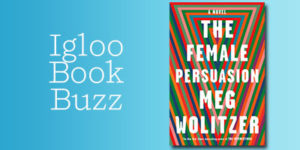 Our new Igloo Book Buzz selection is Meg Wolitzer’s THE FEMALE PERSUASION, an eagerly awaited, much buzzed about book published by Riverhead today, April 3.  Charming and wise, knowing and witty, Wolitzer delivers a novel about power and influence, ego and loyalty, womanhood and ambition. At its heart, THE FEMALE PERSUASION is about the flame we all believe is flickering inside of us, waiting to be seen and fanned by the right person at the right time. It’s a story about the people who guide and the people who follow (and how those roles evolve over time), and the desire within all of us to be pulled into the light. 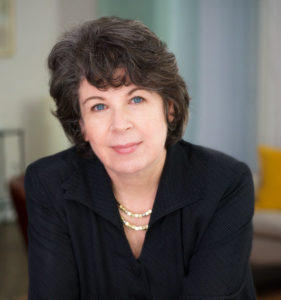 Wolitzer comments: “People always say ‘write what you know,’ but I’ve always felt that it’s really more ‘write what obsesses you.’ And I realized that there are some things that I kept returning to. Female power — who has it, what does it mean? What about mentors and protégés?  Making meaning in the world but also the person you meet who can change your life forever.  All of these things were ideas that were kind of percolating in my mind for a long time.  And, of course, feminism.  As a feminist, that’s somewhat of a given in me, but at the same time, a story that could address some of these things just sort of began to reveal itself to me.”

Riverhead Vice President, Editor in Chief Sarah McGrath said, “It’s exciting to see the way that THE FEMALE PERSUASION is connecting to the moment that we are in right now, but the truth is that the ideas and relationships and emotions in this novel are much deeper than any particular snapshot in time.  As her editor (this year marks our 15th anniversary) I know that female ambition and power and mentorship are things that Meg has been thinking about and working with for years. What I love about this book is that its characters are even more unforgettable than its themes, and their story is going to be relevant for decades to come. “

There has been an outpouring of media praise for THE FEMALE PERSUASION.  Here is a sampling: