Inside the Writing and Editing of a Domestic Thriller 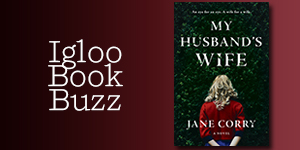 This week’s Igloo Book Buzz title, MY HUSBAND’S WIFE by Jane Corry, on sale from Pamela Dorman Books/Viking, was edited by Vice President and Publisher Pamela Dorman, who comments, “I first heard about MY HUSBAND’S WIFE from our corporate colleagues at Viking UK – I was attracted to the selling title, first, and then by the idea of two wives, one husband, and how that triangle came to be. Jane’s storytelling is complex and takes many unexpected turns – which is why this is a domestic thriller that stood head and shoulders above the pack for me.” 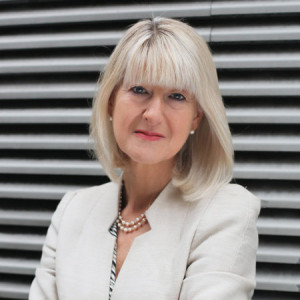 Ms. Corry offers personal insights into the writing of MY HUSBAND’S WIFE, her perspective on the editorial process, and working with Ms. Dorman:

“I’d like to start by saying that I couldn’t have written this novel without having been married (twice) and having gone to prison! I must also add quickly that I didn’t go to prison as an inmate but as a writer in residence of a high-security male prison in the UK. My brief was to help men write novels, poems, letters, articles or anything that would help them voice their feelings. Research has shown that this therapeutic approach can help reduce the risk of reoffending.

“This was very rewarding. But there was an unexpected bonus too. My experience gave me a different writer’s voice. Until then, I’d been concentrating on romance. However, I’d always been interested in stories with twists and turns. My prison experience allowed me to create a character (Joe) who was a criminal but who wasn’t all bad. I also wanted to write about the relationship between first and second wives. People often assume that the two don’t like each other. But what if the second wife had to ask the first wife a very big favor? And so the plot was born in my head.

“Thanks to my journalist background, I write fast. When I wrote MY HUSBAND’S WIFE, I was at my desk immediately after breakfast where I wrote between 2,000 and 3,000 words in a morning. The following day, I re-read those words, did a slight edit to get into the right mind zone and went onto the next chapter. At the end, I went back to the beginning and deepened the characters because by then I knew them better. I also made sure the plot hung together; checked timelines; and added setting and senses. It was a very intense process which took about five months from start to finish.

“MY HUSBAND’S WIFE was published in the UK first where it was a Sunday Times bestseller (it reached Number 5 in the charts!). By then, it had been edited by my wonderful UK Penguin editor, Katy Loftus. When I found out that Pamela Dorman was to be my US editor, I was thrilled. Pam has such a brilliant reputation so it was a real honor. She and her assistant Jeramie Orton were 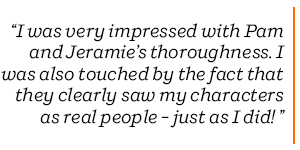 extremely friendly from the start as well as being professional. They explained that they would send me various questions on the copy once they’d gone through it.

“Interestingly, many of the questions related to different interpretations of the British language! For example, I said that one of my characters ‘twigged’ something. This meant that she suddenly realized a certain fact. But this phrase might not be understood by American readers so I was asked to find a substitute!

“I was very impressed with Pam and Jeramie’s thoroughness. I was also touched by the fact that they clearly saw my characters as real people – just as I did! In my view, an editor needs to have that good overall eye but at the same time, understand how the cast ‘ticks.’ I certainly found those qualities in Pamela Dorman Books.”