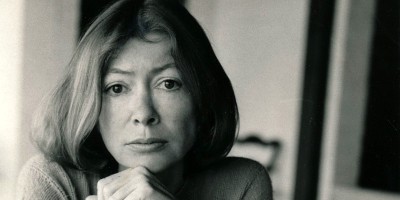 “I write entirely to find out what I’m thinking, what I’m looking at, what I see and what it means.” – Joan Didion

There will be a celebration of the life of Joan Didion on Wednesday, September 21 in New York at the Cathedral of St. John the Divine, 1047 Amsterdam Avenue. The speakers will include Hilton Als, Gov. Jerry Brown, Griffin Dunne, Justice Anthony Kennedy, Susanna Moore, Vanessa Redgrave, David Remnick, Patti Smith, Jia Tolentino, Calvin Trillin, and Kevin Young. The service will begin at 5:00 pm, and it is open to the public. For those who can’t attend in person, the ceremony will be livestreamed. Livestream information to come!

JOAN DIDION was born in Sacramento in 1934 and graduated from the University of California, Berkeley, in 1956. After graduation, Didion moved to New York and began working for Vogue, which led to her career as a journalist and writer. Didion published her first novel, Run River, in 1963. Didion’s other novels include A Book of Common Prayer (1977), Democracy (1984), and The Last Thing He Wanted (1996).

In 2005, Didion was awarded the American Academy of Arts & Letters Gold Medal in Criticism and Belles Letters. In 2007, she was awarded the National Book Foundation’s Medal for Distinguished Contribution to American Letters. A portion of National Book Foundation citation read: “An incisive observer of American politics and culture for more than forty-five years, Didion’s distinctive blend of spare, elegant prose and fierce intelligence has earned her books a place in the canon of American literature as well as the admiration of generations of writers and journalists.” In 2013, she was awarded a National Medal of Arts and Humanities by President Barack Obama, and the PEN Center USA’s Lifetime Achievement Award.

JOAN DIDION was born in Sacramento in 1934 and graduated from the University of California, Berkeley, in 1956. After graduation, Didion moved to New York and…