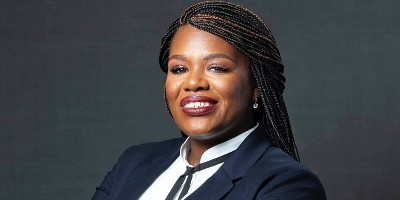 Alfred A. Knopf will publish THE FORERUNNER: A Memoir by Congresswoman Cori Bush, one of America’s most transformative politicians and activists, on October 3, 2022. The announcement was made by Knopf EVP and Publisher, Reagan Arthur. US rights were acquired from Esther Newberg and Zoe Sandler at ICM Partners. The book will be published in hardcover and ebook, and in audio by Penguin Random House, narrated by the author; it will be published in paperback by Vintage next year.

This inspiring and candid memoir recounts Bush’s harrowing personal journey—beginning with her childhood in St. Louis through her years of activism to her work on the national stage in Washington, DC. It’s also a powerful call to action for political leadership to prioritize the needs of marginalized communities. THE FORERUNNER will also shed light on the struggles that motivate Bush’s political work and advocacy.

Having worked as a nurse, a pastor, and community organizer in St. Louis, Missouri, Bush never intended to run for political office. But when protests in Ferguson erupted in 2014, she found herself on the front line, providing medical care and protesting violence against Black lives. Encouraged by community leaders to run for office, and compelled by a sense of urgency to prevent her children and others from becoming the latest social media hashtags, Bush campaigned relentlessly while navigating myriad personal challenges – and ultimately rose to unseat a twenty-year incumbent to become the first Black woman to represent her state in Congress.

Now representing Missouri’s First Congressional District, and a prominent member of “The Squad,” Bush embodies a new chapter in American politics that centers the lives and stories of those most politically and economically vulnerable at the core of its agenda. In THE FORERUNNER, she courageously lays bare her experience as a minimum-wage worker, a survivor of domestic and sexual violence, and an unhoused parent—a raw and moving account that is unusual for a politician. Though these experiences are underrepresented in the halls of Congress, they reflect many of the realities and struggles that her constituents—and so many Americans—face in their everyday lives.

Bush does not hold back in describing the traumas and challenges she has faced. Ultimately, she hopes that sharing her story will bring about the social and political changes she sees an urgent need for: “If telling my story helps others in positions of power better understand how their decision-making affects regular, everyday people, people like me, then my own self-exposure is worth it. I’m sharing my truth because I feel an urgency to put my mind, my body, and my reputation on the line to make sure our communities get what we need. I hope being open about my own journey will help ease others’ pain. My work is to move with purpose knowing that every minute, people in our country are walking into new instances of preventable hurt, and that I have a responsibility to dismantle the systems of violence that too often cause that hurt.”

“Cori Bush is an inspiration both politically and personally,” Arthur says. “Her brave memoir tells of the seemingly insurmountable odds she has faced on her journey to Congress and how that life experience not only shapes her political views, but is helping to change other people’s lives through her daily work on Capitol Hill. We are thrilled to be publishing THE FORERUNNER: her remarkable story will resonate with readers across America.”

Maria Goldverg, Senior Editor, and Bush’s editor at Knopf says, “I was immediately struck breathless by the power of her story. I knew that we had never seen anything like it before. It is to our collective detriment that there is only one Cori Bush. She is a person who fights for change because she understands how desperately all Americans need it. I believe THE FORERUNNER will become required reading, for how intimate, courageous, and inspiring it is. We are proud to bring Bush’s story into the world, and to be able to share it with readers.”