Melissa Bank, Viking author of 'The Girls' Guide to Hunting and Fishing,' dies at 61 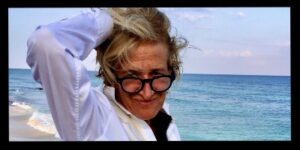 Melissa Bank, author of the beloved, hugely bestselling The Girls’ Guide to Hunting and Fishing and The Wonder Spot, published by Viking in 1999 and 2005, respectively, died in East Hampton, New York, on August 2, at 61. The cause was lung cancer.

Bank, who lived in Long Island and New York City, was a writer with a distinctive minimalist style and boldly hilarious voice. She captivated generations of readers with her warmly piercing takes on relationships, family and adulthood in her two popular and critically acclaimed works of fiction, which were reprinted as Penguin Paperbacks.

Carole DeSanti, Bank’s editor, recalled to the New York Times, “And I, to this moment, I remember where I was sitting in my apartment at this time, and the feeling that I didn’t get up because I just felt I was in the presence of a voice that was doing something so different and so arresting and had done it so carefully.”

Andrea Schulz, Vice President and Editor in Chief of Viking Penguin, says “It was a great honor for everyone at Viking Penguin to publish Melissa Bank, whose inimitable voice and singular perspective were embraced by readers and critics alike, and whose work as both a writer and a teacher inspired a new generation. We are deeply saddened by her untimely death.”