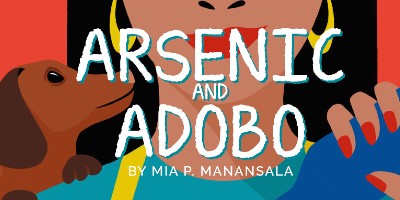 The Anthony Awards are among the most prestigious literary awards for mystery writers, presented at the annual Bouchercon World Mystery Convention.

Regarding the win, Mia said, “Bouchercon 2016 was my very first mystery convention. I still remember the excitement and awe of being surrounded by so many people who loved writing and crime fiction as much as I do, so to be accepting an Anthony Award all these years later—for a cozy mystery no less—means the absolute world to me.”

Manansala burst on the scene with ARSENIC AND ADOBO, the debut for her Tita Rosie’s Kitchen series that redefined the cozy mystery genre and brought in a brand-new generation of readers.

Full of sharp humor and delectable dishes, ARSENIC AND ADOBO is a clever mystery novel that centers around family and Filipino culture. The series has been covered by mystery and mainstream outlets such as The Washington Post, New York Times Book Review, the Skimm, L.A. Times, Mystery Scene Magazine, and many more.