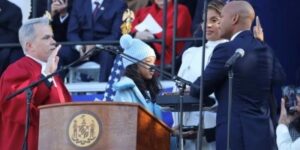 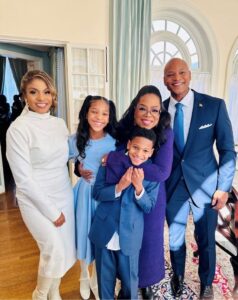 Winfrey formally introduced the new governor at the ceremony, where she shared the story of how he impressed her in their first meeting – Moore was a guest on “The Oprah Winfrey Show” in 2010 for the launch of his first book THE OTHER WES MOORE.  She joked in her speech: “Y’all read the book, right? Everybody’s going to want to read the book now.”

In addition to the bestselling THE OTHER WES MOORE (2010), One World/Random House also published Wes Moore’s THE WORK (2015) and FIVE DAYS (2020).  About Governor Moore, One World Publisher and Editor-in-Chief Chris Jackson comments, “We could not be more proud to have worked with Wes for over a decade and three fantastic books, including THE OTHER WES MOORE, a classic of contemporary memoir. He may be a history-making governor now, but he’s still an author at heart: the first text he sent me after his inauguration was, ‘We have another story to tell!’”

Governor Moore’s full inauguration ceremony may be watched here and the transcript of Winfrey’s speech may be read here.