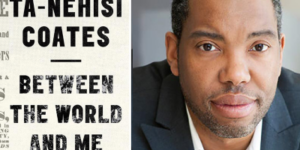 Originally adapted and staged by the Apollo Theater in 2018, the special will combine elements of that production, including readings from Coates’ book, and will once again be directed by award-winning director and Apollo Theater Executive Producer Kamilah Forbes. It will also incorporate documentary footage from the actors’ home life, archival footage, and animation.

Written as a letter from Coates to his adolescent son, BETWEEN THE WORLD AND ME shares the story of Coates’ awakening to the truth about his place in the world through a series of revelatory experiences, from Howard University to Civil War battlefields, from the South Side of Chicago to Paris, from his childhood home to the living rooms of mothers whose children’s lives were taken as American plunder. Beautifully woven from personal narrative, reimagined history, and fresh, emotionally charged reportage, BETWEEN THE WORLD AND ME clearly illuminates the past, bracingly confronts our present, and offers a transcendent vision for a way forward.

The special, which is currently in production under COVID-19 guidelines, debuts this fall on HBO and will also be available to stream on HBO Max.