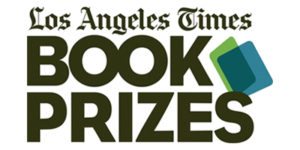 The Los Angeles Times announced the finalists for its 39th annual Book Prizes, 16 of which are published by Penguin Random House imprints. Library of America, a Penguin Random House Publishers Services client, is being honored with the Innovator’s Award, which spotlights efforts to bring books, publishing and storytelling into the future.

Prize winners in the literary categories will be revealed on Friday, April 12 at the University of Southern California, preceding the Los Angeles Times Festival of Books, April 13-14.

THE INCENDIARIES: A Novel by R. O. Kwon (Riverhead)
THERE THERE: A Novel by Tommy Orange (Knopf)

THE LINE BECOMES A RIVER: Dispatches from the Border by Francisco Cantú (Riverhead)
BAD BLOOD: Secrets and Lies in a Silicon Valley Startup by John Carreyrou (Knopf)
BECOMING by Michelle Obama (Crown)

EMPIRE OF GUNS: The Violent Making of the Industrial Revolution by Priya Satia (Penguin Press)

MY SISTER, THE SERIAL KILLER: A Novel by Oyinkan Braithwaite (Doubleday)
THE PERFECT NANNY: A Novel by Leila Slimani (Penguin Books)

WHAT THE EYES DON’T SEE: A Story of Crisis, Resistance, and Hope in an American City by Mona Hanna-Attisha (One World)

Kenneth Turan, L.A. Times film critic and director of the Book Prizes, said of Library of America, this year’s Innovator’s Award recipient: “We are really pleased to recognize the Library of America for the invaluable work it has done over nearly four decades to preserve our nation’s rich written heritage by showcasing literature in all its forms. Their distinct black volumes are a sure signal to readers that they are getting the very best.”