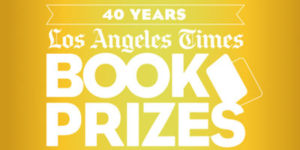 The finalists and honorees for the 40th annual Los Angeles Times Book Prizes were announced this week, and 19 titles published by Penguin Random House imprints are nominees, and two authors on our lists are selected for special awards:

Walter Mosley, a prolific novelist, some of whose backlist is published by three PRH imprints (Vintage Crime/Black Lizard, Berkley, and Riverhead), is the winner of the prestigious Robert Kirsch Award for lifetime achievement.

Additionally, Vintage author Emily Bernard will be honored with the Christopher Isherwood Prize for Autobiographical Prose for her groundbreaking memoir BLACK IS THE BODY.

Prize winners in the literary categories will be revealed on Friday, April 17 at the University of Southern California, preceding the Los Angeles Times Festival of Books, which will run from April 18-19.

OUR MAN: Richard Holbrooke and the End of the American Century by George Packer

THE DREAMT LAND: Chasing Water and Dust Across California by Mark Arax (Knopf)

GODS OF THE UPPER AIR: How a Circle of Renegade Anthropologists Reinvented Race, Sex, and Gender in the Twentieth Century by Charles King (Doubleday)

THE HEARTBEAT OF WOUNDED KNEE: Native America from 1890 to the Present by David Treuer (Riverhead)

WHEN THE GROUND IS HARD by Malla Nunn (G.P. Putnam’s Sons Books for Young Readers)

PATRON SAINTS OF NOTHING by Randy Ribay (Kokila)