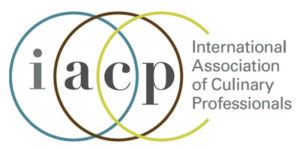 The International Association of Culinary Professionals announced the finalists for its 2018 Awards, recognizing the very best food writing and publishing of the year, from cookbooks and journalism to photography and digital media.  We received 23 nominations for books, authors and editors from Crown Publishing Group imprints Clarkson Potter, Ten Speed Press and Lorena Jones Books, as well as Alfred A. Knopf and America’s Test Kitchen (a PRHPS publisher client). The winners will be selected at the annual IACP conference on February 25 in New York.

CHEERS TO THE PUBLICAN, REPAST AND PRESENT: Recipes and Ramblings from an American Beer Hall by Paul Kahan with Rachel Holtzman (Lorena Jones Books)

KING SOLOMON”S TABLE: A Culinary Exploration of Jewish Cooking from Around the World by Joan Nathan (Alfred A. Knopf)

THE BOOK OF GREENS: A Cook’s Compendium of 40 Varieties, from Arugula to Watercress, with More than 175 Recipes by Jenn Louis; Kathleen Squires (Ten Speed Press)

KING SOLOMON’S TABLE: A Culinary Exploration of Jewish Cooking from Around the World by Joan Nathan (Alfred A. Knopf)

HELLO, MY NAME IS ICE CREAM: The Art and Science of the Scoop by Dana Cree (Clarkson Potter)

THE BLOODY MARY: The Lore and Legend of a Cocktail Classic, with Recipes for Brunch and Beyond by Brian Bartels (Ten Speed Press)

CHAMPAGNE: The Essential Guide to the Wines, Producers, and Terroirs of the Iconic
Region by Peter Liem (Ten Speed Press)

Garrett Snyder
“How an LA Bar Built One of the World’s Greatest Stockpiles of Rare Spirits”
PUNCH
March 28, 2017