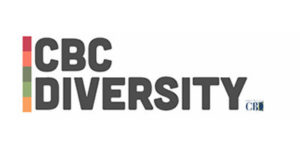 The Children’s Book Council’s CBC Diversity Committee has announced the winners of the inaugural CBC Diversity Outstanding Achievement Awards. Among the award recipients are Jen Loja, President and Publisher of Penguin Young Readers, and Phoebe Yeh, VP & Co-Publisher of Crown Books for Young Readers/Random House Children’s Books. Jen Loja is honored for demonstrating “exemplary allyship by supporting diverse voices across PYRG’s publishing program and encouraging diversity and inclusion in hiring.” Phoebe Yeh is honored for supporting and helping launch the careers of some of today’s leading diverse voices, including Kwame Alexander, Ellen Oh, Lamar Giles, and Soman Chainani. “If it were not for Phoebe,” says the CBC, “the fight for diversity in children’s books would be years or even decades behind what it is today.”

The CBC Diversity Outstanding Achievement Awards will be given annually to professionals or organizations in the children’s publishing industry who have made a significant impact on the publishing and marketing of diverse books, diversity in hiring and mentoring, and efforts that create greater awareness with the public about the importance of diverse voices. The winners were announced at the CBC Annual Meeting in New York City on September 27, and an official ceremony and conversation with the winners will take place on October 24 at a CBC Forum event. The winners will each select an organization to receive one thousand dollars’ worth of children’s books in their name.

The Children’s Book Council is the nonprofit trade association for children’s book publishers in North America. The CBC creates reading lists, supports book award programs, and brings together dozens of prominent national organizations who advocate for reading by children and teens. CBC’s signature charitable arm is Every Child a Reader, home of Children’s Book Week, the National Ambassador for Young People’s Literature, and Get Caught Reading.