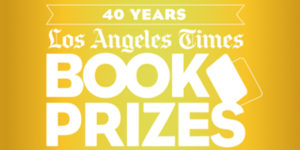 OUR MAN: Richard Holbrooke and the End of the American Century by George Packer (Knopf)

WHEN THE GROUND IS HARD by Malla Nunn (G.P. Putnam’s Sons Books for Young Readers)

Vintage author Emily Bernard for her groundbreaking memoir, BLACK IS THE BODY: Stories from My Grandmother’s Time, My Mother’s Time, and Mine.

Congratulations to our authors, their editors and publishers.