Our Longlisters for the 2020 PEN America Literary Awards 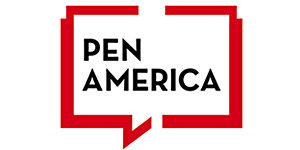 THE TRAVELERS by Regina Porter (Hogarth)

A PRAYER FOR TRAVELERS by Ruchika Tomar (Riverhead Books)

WE CAST A SHADOW by Maurice Carlos Ruffin (One World)

A WOMAN OF NO IMPORTANCE: The Untold Story of the American Spy Who Helped Win World War II by Sonia Purnell (Viking)

LAST BOAT OUT OF SHANGHAI: The Epic Story of the Chinese Who Fled Mao’s Revolution by Helen Zia (Ballantine Books)

PEN/Diamonstein-Spielvogel Award for the Art of the Essay

I USED TO BE CHARMING: The Rest of Eve Babitz by Eve Babitz (New York Review Books Classics, a PRHPS publisher client)

ECSTACY AND TERROR: From the Greeks to Game of Thrones by Daniel Mendelsohn (New York Review Books, a PRHPS publisher client)

I LIKE TO WATCH: Arguing My Way Through the TV Revolution by Emily Nussbaum (Random House)

THE BODY: A Guide for Occupants by Bill Bryson (Doubleday)

THE DEEP HISTORY OF OURSELVES: The Four-Billion-Year Story of How We Got Conscious Brains by Joseph LeDoux (Viking)

DRIVE YOUR PLOW OVER THE BONES OF THE DEAD: A Novel by Olga Tokarczuk (Riverhead Books)
Translated from Polish by Antonia Lloyd-Jones

Warm congratulations to all of our PEN longlisted authors, their editors and publishers.

Finalists for all of the PEN Book Awards, including the PEN/Jean Stein Book Award and PEN Career Achievement Awards, will be announced in January 2020.

The winners will be celebrated live at the 2020 PEN America Literary Awards Ceremony on March 2 at Town Hall in Manhattan.