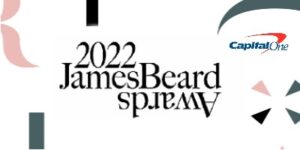 This year’s James Beard Foundation Awards winners in the Book, Broadcast Media, and Journalism categories were announced on Saturday, June 11 at an awards ceremony in Chicago. Penguin Random House publications received five awards, four of them published by Clarkson Potter and Ten Speed Press, as well as one from Avery.

THE WAY OF THE COCKTAIL: Japanese Traditions, Techniques, and Recipes by Julia Momosé with Emma Janzen (Clarkson Potter)

COOKING AT HOME: Or, How I Learned to Stop Worrying About Recipes (And Love My Microwave) by David Chang and Priya Krishna (Clarkson Potter)

IN BIBI’S KITCHEN: The Recipes and Stories of Grandmothers from the Eight African Countries that Touch the Indian Ocean by Hawa Hassan with Julia Turshen (Ten Speed Press)

MISTER JIU’S IN CHINATOWN: Recipes and Stories from the Birthplace of Chinese American Food by Brandon Jew and Tienlon Ho (Ten Speed Press)

Our congratulations to Mr. Lam as well as our authors, editors, and publishers.