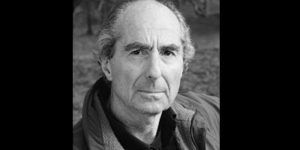 In mourning the loss of Philip Roth, who died Tuesday, May 22 in Manhattan, we take pride in the long, ongoing publishing history Penguin Random House imprints have with the career-spanning body of work he created. All of his more than 30 leading works are in print with us.

Random House was the U.S. hardcover publisher of his first novel, LETTING GO (1962), and the astonishing PORTNOY’S COMPLAINT (1969). Bantam, long before its integration with Random House, reprinted those titles, as well as GOODBYE, COLUMBUS (1959), OUR GANG (1971) and THE GREAT AMERICAN NOVEL (1973), in widely read mass market paperback editions.

Later, Vintage became the paperback publisher of every one of his major books, from GOODBYE, COLUMBUS to NEMESIS, his last: “A series of novels,” said The Guardian, “that shaped the course of American letters in the second half of the 20th century.”

It is our singular privilege to be the publisher of Philip Roth, and to continue to present multi-generations of his writings to U.S. readers.