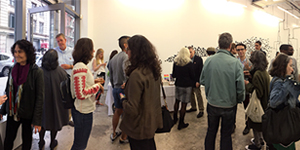 Penguin Books and Penguin Classics are presenting a series of salon events in partnership with the Kate Werble Gallery in New York to bring people together for dialogue about books, art and activism, while raising funds for organizations relevant to the evenings’ themes. The first event, #RememberResistRediscover: A Gathering, took place on March 20, benefiting the New York Immigration Coalition. 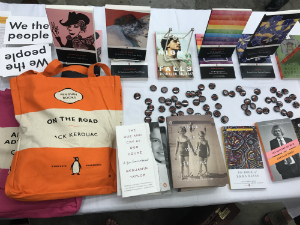 Memoir was the theme of the second event, held on June 8 at the Werble Gallery, and supported the work of Immigration Equality, an LGBTQ-focused immigrant rights organization. The featured speakers were Sheila Kohler, author of ONCE WE WERE SISTERS (Penguin Books, January 2017), Ben Taylor, author of THE HUE AND CRY AT OUR HOUSE (Penguin Books, May 2017), and Penguin Classics Executive Editor John Siciliano, editor of THE BOOK OF EMMA REYES (Penguin Books, August 2017). Collectively, they demonstrated and offered insights into diversity in areas of culture and gender. 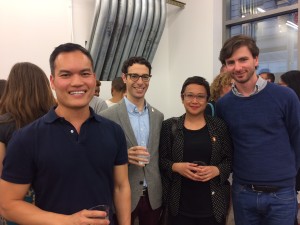 Publishers Weekly  covered the series in its current print edition with this article, Penguin Mixes Art, Books for a Cause. Penguin Director of Publicity Louise Braverman and Penguin Vice President and Marketing Director John Fagan are quoted. “Long before the current administration we had talked about the idea of having some sort of salon series,” said Fagan. “When you think of the breadth of the Penguin list, there’s so many books, there’s such a deep backlist, and there’s so much to talk about.”

Since the salons are, Fagan said, rooted in the idea that “people like to get together and talk and exchange ideas,” the hope is to engender conversation while benefitting nonprofits doing important work. “You’re being entertained, you’re talking about books, perhaps you’ll meet an author—and you’ll learn about, well, here’s a group doing this,” Fagan said. “It seemed like the perfect end to the whole package.”