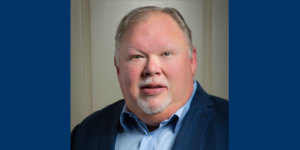 Skip Dye, Senior V.P., Library Sales and Digital Strategy, led the Penguin Random House contingent attending the ALA meeting, and offers his overview: “We had a very productive and enjoyable ALA Midwinter meeting in Philadelphia, engaging with librarians from large and small communities across the country. It was a terrific opportunity for us to share our pride in and enthusiasm for our lists, and to reiterate to them how grateful we are for all they do to grow our authors’ readership through circulating their print, audio, and e-books to their patrons. As you have been reading in Igloo, dozens of our recently published children’s and adult titles have been bestowed 2020 prizes and honors by ALA-affiliated organizations. These recognitions are as exciting as the purchase orders pouring in for them from our library partners.”

Highlighting “extraordinary narrators and listening experiences that merit special attention by a general adult audience and librarians who advise them.”

Seven out of the thirteen 2020 titles are published by Penguin Random House Audio, with a strong showing on “Listen-Alike” titles:

“The list is aimed towards young adults aged 12-18 that would appeal to all subsects of the teen audience.”

These are the sixteen PRH titles, four of which are designated as top ten picks:

The Notable Children’s Recordings list includes recordings for children 14 years of age and younger of especially commendable quality that demonstrate respect for young people’s intelligence and imagination; exhibit venturesome creativity; and reflect and encourage the interests of children and young adolescents in exemplary ways.

This year’s list features 10 Listening Library titles out of the 27 named:

Penguin Random House had a great ALA Midwinter, with a multitude of our books and audios honored. Congratulations to everyone!