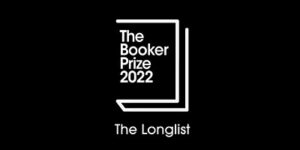 The broiling heat was (briefly) forgotten earlier, on July 26, with the first news about this year’s contenders for the Booker Prize, the U.K.’s most internationally prestigious fiction literature annual award.

Thirteen semi-finalists were announced today, with 5 authors from our Penguin Random House U.S., U.K., and Canada imprints contending on this year’s short list.

Writers published between October 1, 2021 and September 30, 2022 in the U.K. and Ireland writing in English are eligible for this year’s Booker Prize.

Congratulations to our publishers and their long-listed authors, who move ahead to this year’s judges’ evaluations determining the shortlist, to be announced September 6. The five finalists will be feted the evening of October 17, when this year’s Booker winner will be revealed.