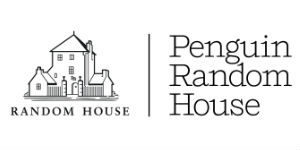 The Random House Group has announced it will publish long-time CEO, Chairman, and current Chairman Emeritus of Starbucks Howard Schultz’s most revelatory and visionary book yet, FROM THE GROUND UP: A Journey to Reimagine the Promise of America, on February 12, 2019. North American publishing rights, including audio and first serial, were acquired by Random House President Gina Centrello from Jennifer Rudolph Walsh of WME. The book will be edited by Chris Jackson for Random House.

FROM THE GROUND UP is a powerful narrative exploring the new responsibilities that leaders, businesses, and citizens share in American society today. Weaving two parallel stories, the book shows how experiences from Schultz’s childhood—including specifics he has never before disclosed—propelled him out of the Brooklyn housing projects in which he grew up and fueled the growth of Starbucks from a small business with eleven stores to a global company that has redefined the role of businesses in communities.

“My own dreams came true because I had opportunities and worked hard, but also because many people inspired and supported me throughout my life,” says Schultz. “I wrote FROM THE GROUND UP to be an honest, optimistic look at the potential we all have to reimagine the future so that more people can achieve their dreams.”

FROM THE GROUND UP begins with the story of how a boyhood fraught with shame and fear motivated Schultz to become the first in his family to graduate from college and build the kind of company that his father, a working class laborer, never had a chance to work for. The book illuminates in dramatic detail how Schultz’s upbringing bred him to be a compassionate yet tough leader who came to champion human dignity while delivering record business results.

A parallel narrative offers a behind-the-scenes look at Schultz’s journey to challenge preconceived notions of corporate responsibility. From health insurance, stock ownership, and free college tuition for part-time baristas to controversial campaigns about race and refugees, Starbucks became a lab for innovative ideas under Schultz, a place where he and his teams tackled societal issues with the same curiosity and creativity that have changed how the world consumes coffee.

The heart of FROM THE GROUND UP will be moving accounts about Schultz and others, and the lessons learned through missteps and achievements. Ultimately, FROM THE GROUND UP is part dramatic memoir, part uplifting blueprint of shared responsibility.