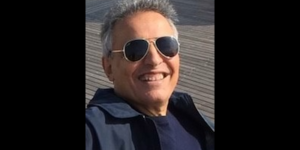 We are mourning the passing of Bantam/BDD super-salesman John Ziccardi, 78, who in his three decades with us, was responsible for placing millions of mass-market paperbacks on the shelves and racks of New York City and national accounts. As head of National Sales, he also was indispensable in establishing Bantam Books, known primarily as a paperback reprinter in the eighties, as a major, enduring force in hardcover publishing.

John, in the opinion of one of his knowing contemporaries, was one of the greatest one-on-one salespeople trade publishing has ever known. A kid from Queens, who rose from a field rep to run the entire Bantam and then BDD national-accounts Sales group, John was always out there, with his charismatic blend of title and account knowledge, charm, warmth, and sincere other-directedness. And he always got the title order he asked for.

It was a different business in his heyday:

Paperback reprints mattered. Online selling did not exist. The lead accounts were Waldenbooks, B. Dalton, Crown Books, Ingram Books, and Barnes & Noble, led by Len and Steve Riggio, with whom John had enduring personal relationships. Back then, Bantam sold more than 10 million copies each of “The Exorcist” and “Jaws” mass-market paperbacks, with Ziccardi and his people moving a lot of them. In the eighties, he and his Sales posse helped make “Iacocca: An Autobiography” a multi-million-selling hardcover, and Chuck Yeager and Clive Cussler number-one hardcover bestselling authors.

He even got frontier-storytelling-phobic accounts selling Louis L’Amour novels.

The energy and joy he generated and enjoyed receiving from engaging with booksellers — and even book buyers he chatted up in the store aisles — were impossible to resist. Ordering new and backlist books from him was fun. Selling them to your customers was fun. Reading them was fun. And, with John out front, annual ABA conventions and Bantam-BDD Sales Conferences could become memorable party times—after the daytime’s hard work.

Ziccardi nurtured several generations of Sales reps and executives, and was an advisor to several of our CEOs and imprint publishers about the marketplace dynamic. They didn’t always agree with him, but they never not listened.

Among John’s surviving family is his son Anthony, himself an accomplished publishing leader.

John completed his career with us in 1998, a few months before Bantam Doubleday Dell and Random House merged. Since then, mentioning his name within our world these past two decades has rarely failed to invoke a smile, and an appreciation for his Bantam Sales charisma—and his legacy.

For those who wish to make a donation in his honor, John was a great supporter of St. Jude’s Children’s Hospital.