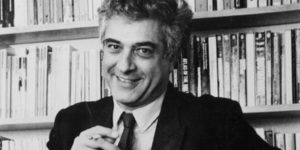 Peter Mayer, former Chairman and CEO of Penguin Group and founder of The Overlook Press, died in Manhattan on Friday, May 11. He was 82. During Mayer’s 1978 – 1997 tenure, Penguin became a global player in trade publishing. He encouraged his imprints to publish a wide range of literary and commercial adult and children’s fiction and nonfiction titles, many of which he personally acquired. Among the renowned Penguin Group authors whose careers flowered under his leadership are Paul Auster, Saul Bellow, T.C. Boyle, J.M. Coetzee, Don DeLillo, Robertson Davies, Jan Karon, William Kennedy, Stephen King, Terry McMillan, Iris Murdoch, and Salman Rushdie – including the latter’s THE SATANIC VERSES. Mayer’s more than 50-year career in book publishing also included the 1971 creation of The Overlook Press. He presided over that independent entity “to publish books that for one reason or another have been ‘overlooked.’” To read the Peter Mayer obituary in The New York Times, click here.

“The merger of Penguin Random House was recent but the long histories of both companies have been created and enriched over time by our legendary writers and leaders, especially Peter Mayer, whom I had the true privilege of getting to know over the past decade. Curious and interested as always, he was one of the first publishing executives who welcomed me to New York and took me under his wings when I arrived in the city in May 2008. He supported and stood by me on my journey at Random House and was incredibly proud when Penguin Random House was formed and I became his quasi successor as its first CEO. During his tenure of 19 years, Peter left an indelible mark on Penguin – as its longest ever serving CEO post Allen Lane – and an unforgettable impression on all of us. He was a global citizen and perhaps the first truly global publishing executive. In addition to many international programs and initiatives, he founded Penguin India in 1985. He was respected and beloved throughout our industry for his genuine belief in the power of good storytelling and for his warmth and sincere affection and appreciation for book people and the role that we play in the world. He will forever be a part of the Penguin Random House family.” — Markus Dohle

“In the early 1990s, when I was the publicity director of Viking, Peter used to come down to my office around 7:00 pm, a quarter in his open palm. ‘Paul, Paul,’ he’d say, ‘Have you got a cigarette?’ Well, I sure did. And we’d sit for an hour or two, talking books. Peter was an extraordinary character. Handsome (a grey fox if there ever was one), smart, articulate, passionate, curious, charismatic. An amazing book person — with incredible instincts for both the literary and the commercial. He was the heart and soul of Penguin. He loved to make deals. He took risks, he defended free speech, he bought and personally edited some of Europe’s most important postwar writers, among many other things. He was also incredibly fun to be around. He had great stories, great wit. He was my great mentor, and I will never forget him.” – Paul Slovak