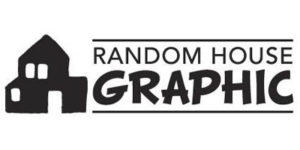 Gina Gagliano joins Random House Children’s from First Second Books, where she was one of their first employees upon joining the imprint in 2005. Gagliano was most recently the Associate Director, Marketing & Publicity, and spent thirteen years on the First Second team as the lead on marketing and PR, managing campaigns for bestselling and award-winning creators including Vera Brosgol, Ben Hatke, Faith Erin Hicks, Lucy Knisley, Scott McCloud, Mariko Tamaki and Jillian Tamaki, Tillie Walden, Jen Wang, and Gene Luen Yang, as well as the Reading Without Walls program.

Random House Graphic will launch in fall 2019 with titles for children and teenagers and a combination of literary and commercial works. Random House Graphic will hire a team to be solely dedicated to the creation and promotion of the imprint’s titles, and for outreach and advocacy within the industry and direct-to-consumers to increase readership.

“It is a truly exciting and important time of growth for comics and graphic novels within the kids market, and we see a distinct opportunity to reach even more readers,” says Haut. “We are thrilled to have Gina, with her creativity, expertise, and passion for the medium, at the helm of our new venture.”

The Random House Graphic program will expand on the current list of graphic novel offerings currently published by Random House Children’s Books, including such series as Lucy & Andy Neanderthal by Jeffrey Brown, Babymouse by Jennifer L. Holm and Matthew Holm, Rickety Stitch by Ben Costa and James Parks, 5 Worlds by Mark Siegel and Alexis Siegel, and illustrated by Xanthe Bouma, Matt Rockefeller, and Boya Sun, and Hilo by Judd Winick, and stand-alone titles including THE CARDBOARD KINGDOM by Chad Sell.

“From awards to bestsellers, graphic novels have been advancing from success to success over the past decade. It’s the perfect time to take the next step forward with a kids comics imprint at Random House,” says Gagliano. “I’m excited to be part of building a brighter future for the medium—one where there are comics for every reader, in every home, on everyone’s bookshelves—with Random House Graphic.”