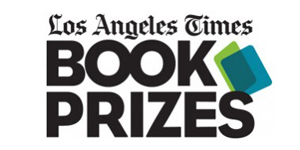 The Los Angeles Times announced the winners of its 41st annual Book Prizes on Friday, April 16, the day before the 26th Los Angeles Times Festival of Books began as virtual event for the second consecutive year. Among the winners were two books published by Penguin Random House imprints in the following categories:

CASTE: The Origins of Our Discontents by Isabel Wilkerson (Random House)

THE SMALLEST LIGHTS IN THE UNIVERSE: A Memoir by Sara Seager (Crown)

In addition, Penguin novelist and poet Leslie Marmon Silko received the 2020 Robert Kirsch Award for lifetime achievement, recognizing a writer whose work focuses on the American West. Silko’s books, including Laguna, Ceremony, Storyteller, and Almanac of the Dead, are heavily influenced by her mixed heritage of Laguna Pueblo, Mexican and Anglo-American. She writes about the alienation of Native Americans and the importance of Native traditions to help cope with modern-day reservation life.

Our congratulations to Ms. Seager, Ms. Silko and Ms. Wilkerson, and their editors and publishers.