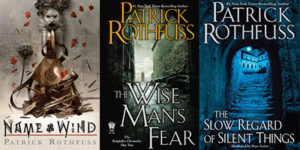 From page to screen: Showtime is developing a television series based on #1 New York Times-bestselling author Patrick Rothfuss’ epic fantasy series The Kingkiller Chronicle, published by DAW.  Lin-Manuel Miranda, creator of the Tony Award-winning Broadway musical, Hamilton (based on Ron Chernow’s book, ALEXANDER HAMILTON) will executive produce and also compose music for the series, which is being produced by Lionsgate. 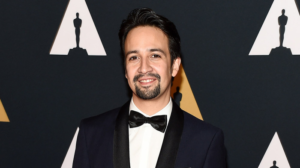 Miranda told Deadline: “Showtime has always championed bold storytelling.  Pat Rothfuss’ ‘Kingkiller’ series is some of the most exciting storytelling I have ever read. I could not be more thrilled to help bring the sights and sounds of his wondrous world of Temerant to the screen.”

The Kingkiller Chronicle series of books and novellas incudes THE NAME OF THE WIND, THE WISE MAN’S FEAR and THE SLOW REGARD OF SILENT THINGS — and have sold 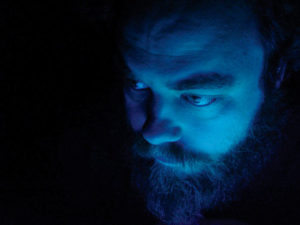 10 million copies.  The Showtime series will be set a generation before the events of THE NAME OF THE WIND, the first novel in The Kingkiller Chronicle. The series showrunner and executive producer John Rogers previously created and executive produced such TV series as Leverage, The Librarians, and The Player. His feature film credits include Transformers, The Core and American Outlaws.

An in-depth profile of Rothfuss was recently featured in New York magazine and on Vulture.com. Read it here.