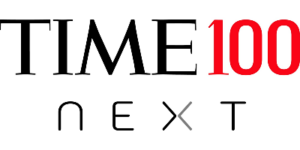 The second annual TIME 100 Next list includes three authors published by Penguin Random House: Brit Bennett (featured on the cover), Amanda Gorman, and Ayana Elizabeth Johnson. The TIME 100 Next list is an expansion of the publication’s annual TIME 100 franchise, recognizing “100 emerging leaders who are shaping the future of entertainment, health, politics, business and more.”

Brit Bennett, #1 New York Times bestselling author of THE VANISHING HALF (Riverhead), now with 1 million copies sold, graces one of the six TIME 100 Next worldwide covers. In a beautiful tribute to Bennett, Tayari Jones wrote: “Racial passing, the phenomenon at the core of her astonishing novel The Vanishing Half, is as familiar to American literature as ‘Lush Life’ is to the American songbook. Yet Bennett is informed and inspired by the intensities and complexities of our present moment. If race is a construct, what about gender? What are the limits of self-definition? How can one delineate its wages and costs? In jazz, many artists sing the standards, but in literature only the most gifted can revoice the classics, rendering them recognizable yet, well, novel. Brit Bennett, take a bow.”

Amanda Gorman, the subject of a cover story in the Black History Month issue of TIME, continues to shine brilliantly. Her upcoming Viking Books for Young Readers titles – THE HILL WE CLIMB: An Inaugural Poem for the Country, THE HILL WE CLIMB AND OTHER POEMS , and CHANGE SINGS — each has an announced first printing of 1 million copies. In a moving profile of Gorman, Lin-Manuel Miranda wrote: “‘Who was that?’ ‘What was the poet’s name?’ Those questions ricocheted around the world on Jan. 20, when Amanda Gorman delivered her original poem ‘The Hill We Climb,’ at President Biden’s Inauguration. If the hardest part of an artist’s job is to fully and honestly meet the moment, Amanda delivered a master class. She spoke truth to power and embodied clear-eyed hope to a weary nation. She revealed us to ourselves. Here’s the best part: there are so many more moments for Amanda Gorman to meet. Now the world knows the poet’s name.”

Ayana Elizabeth Johnson co-edited ALL WE CAN SAVE: Truth, Courage and Solutions for the Climate Crisis (One World), a collection of provocative and illuminating essays from women at the forefront of the climate movement. Gina McCarthy, White House national climate adviser and a former Environmental Protection Agency administrator, shared compelling words in TIME: “Ayana Elizabeth Johnson embodies and inspires optimism in the fight against climate change, injecting creativity, joy and hope into an issue that often feels dire. A marine biologist by trade, Ayana is a powerful force who has used her voice to ensure the climate movement encompasses a diversity of voices, especially women and people of color. As a co-founder of the All We Can Save Project, she has pulled chairs to the table, reached more voices and made sure everyone has a role to play in fighting climate change … She is a leader whose boundless potential has given me and so many others hope for an equitable, healthier and brighter future.”