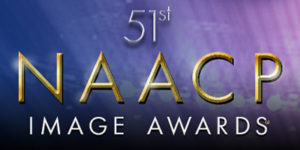 The 51st NAACP Image Awards were presented during a nationally televised broadcast from Los Angeles on Saturday, February 22, with Penguin Random House authors Toni Morrison and Elaine Welteroth, as well as the film based on Bryan Stevenson’s JUST MERCY (Spiegel & Grau/Random House), among the winners. The NAACP Image Awards are considered by many to be our country’s preeminent recognition celebrating the accomplishments of people of color in the popular arts.

THE SOURCE OF SELF-REGARD: Selected Essays, Speeches, and Meditations by Toni Morrison (Alfred A. Knopf)

MORE THAN ENOUGH: Claiming Space for Who You Are (No Matter What They Say) by Elaine Welteroth (Viking)

TONI MORRISON: The Pieces I Am won Outstanding Documentary (Film).

Congratulations to our award winners and everyone involved with these exemplary creative works.