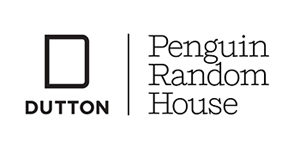 Dutton has announced the addition of two new bestselling authors to the Dutton list: Adriana Trigiani, bestselling author of contemporary women’s fiction, most notably The Shoemaker’s Wife and the Big Stone Gap series, and Denise Kiernan, author of critically acclaimed bestsellers The Last Castle and The Girls of Atomic City. The Associated Press ran an exclusive on the Trigiani announcement and her desire to be re-united with Executive Editor Maya Ziv, and CNN’s Reliable Sources ran a separate exclusive on the Kiernan acquisition, which Editor in Chief John Parsley will be editing, with CNN’s Brian Stelter saying, “Whatever Denise Kiernan writes, I want to read.”

Dutton acquired two books by Trigiani. The first, The Garden of Sundays, based on a personal experience, will explore the meaning of home, love, and grief in the vein of her blockbuster bestselling novel, The Shoemaker’s Wife. In addition to her prolific bestselling writing career, Trigiani is an award-winning playwright, television writer/producer, and filmmaker. For over 15 years, she has been a regular on NBC’s Today show and has appeared on The View, CBS Sunday Morning and NPR, among other national TV and radio programs. Her infectious humor makes her a sought-after speaker, regularly speaking to book clubs, literary festivals, writing workshops, classrooms, and libraries across the country.

Dutton will also publish the next two books by Kiernan: We Gather Together: A Nation at War, A President in Turmoil, and One Woman’s Campaign to Return Us All to a State of Grace, and Obstinate Daughters: A Revolutionary Road Trip to Reclaim America. A writer, journalist, and producer for over twenty years, Denise Kiernan is beloved as an author and a speaker. Her last two books—The Last Castle and The Girls of Atomic City — were critically acclaimed bestsellers that received widespread rave reviews and landed Kiernan featured interviews on NPR, PBS Newshour, MSNBC Morning Joe, and The Daily Show with Jon Stewart. Her writing has been published in The New York Times, Wall Street Journal, Village Voice, Ms. Magazine, Reader’s Digest, Discover, and many more publications. She also hosts a monthly literary series, CRAFT: Authors in Conversation.