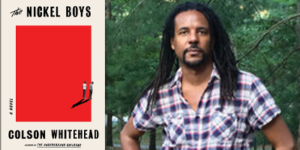 Colson Whitehead‘s novel, THE NICKEL BOYS, published by Doubleday this summer, has won the 2019 Kirkus Prize for Fiction, it was announced by the trade publication Kirkus Reviews at a ceremony in Austin, Texas on Thursday, October 24.

Winners in fiction, nonfiction and young people’s literature, judged by a panel of authors, critics, educators and booksellers, were chosen from the more than 1,200 releases that earned a starred review from Kirkus during the past year, and each receives a cash award of $50,000.

The Kirkus Prize is one of the richest literary awards in the world and was created to celebrate the literary criticism Kirkus Reviews has contributed to both the publishing industry and readers at large.