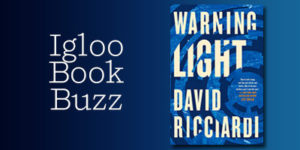 Our latest Igloo Book Buzz selection, WARNING LIGHT, David Ricciardi’s debut spy thriller, was published by Berkley on Tuesday, April 17, to widespread acclaim. The book takes off with a bang, as new covert operator Zac Miller literally flies under the radar on a job for the CIA. Zac finds himself on a mission gone wrong, and soon embarks on a globe-trotting epic in order to clear his own name and set the record straight before he can be captured by the Iranian government—or a litany of enemies he makes along the way to get back to his bosses and save his own skin.

Tom Colgan and David Ricciardi[/caption] Major pre-publication buzz for WARNING LIGHT started early. Quotes began lining the inbox of Berkley VP, Editorial Director Tom Colgan after a mere weekend of sending out the manuscript. In a matter of days, a number of the most revered thriller writers were raving about WARNING LIGHT—from Steve Berry to Larry Bond and Lee Child, who predicted that WARNING LIGHT was “one of the best thrillers you’ll read this year.” “In the end, we got quotes from every single author we approached,” said Colgan, “some of which included beauties like ‘Delivers nonstop action from the opening pages (Larry Bond) and ‘Starts fast and never stops’ (Alex Berenson).” He describes WARNING LIGHT as “the propulsive energy of Mark Greaney’s The Gray Man matched with the intellectual-in-over-his-head appeal of Tom Clancy’s classic hero Jack Ryan.” [caption id="attachment_111651" align="alignleft" width="200"]

David Ricciardi and Joseph Finder[/caption] David went on a national multi-stop tour to promote the book with special guest moderators at each location. On April 17, David did a publication day event at Mysterious Bookshop in New York City, in conversation with New York Times bestselling Berkley author Mark Greaney. David discussed WARNING LIGHT and his writing process with his editor, Tom Colgan, at R.J. Julia in Madison, CT on Wednesday, April 18. Bestselling Dutton author Joseph Finder moderated a discussion about WARNING LIGHT during an event at the Brookline Library hosted by Brookline Booksmith in Boston, MA on Thursday, April 19. On Friday, April 20, David headed to Houston, TX, for a conversation with Dutton’s own Meg Gardiner at Murder by the Book. Finally, David concluded his tour on Saturday, April 21 with an event at the Poisoned Pen bookstore in Scottsdale, AZ, where he was joined by Putnam author and federal agent J. Todd Scott. [caption id="attachment_111653" align="alignleft" width="200"]

Meg Gardiner and David Ricciardi[/caption] Said David of the tour: “For a debut novelist, the prospect of a book tour was both exciting and daunting. I was thrilled to have the opportunity to promote and discuss my work, but with no backlist and no name recognition, I was concerned about drawing readers to the signings. The Berkley publicity team structured a five-city tour with my editor and four well-known authors which drew on their appeal to lure potential buyers into the stores. Armed with thoughtful questions written by the publicists, my editor and the other authors kicked off each event. In every case, the attendees actively and enthusiastically followed with questions of their own, leading to lively discussions and enthusiastic buyers. Hats off to Loren Jaggers and Tara O'Connor at Berkley for coming up with a creative and successful solution for a new author!” Berkley is thrilled to give away five copies of WARNING LIGHT to the first five colleagues who e-mail Tara O'Connor (toconnor@penguinrandomhouse.com).

Behind the Book Covers with Berkley’s Colleen Reinhart 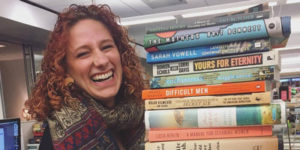 Our latest Behind the Book Covers feature presents Colleen Reinhart, Senior Designer at Berkley.  She has worked at Penguin Random House for more than four years, designing dozens of covers along the way.  Colleen brings an imaginative, original, and striking style to the design process, resulting in unique, colorful and sometimes playful creations that connect with and visually engage readers.  Read on to learn about her creative design world and view a selection of her wonderful covers.

expand
What initially drew you to the world of book cover art design?

Once I realized that book cover design was a job it became a no-brainer. I love books and art so it only made sense to combine the two.  I interned with the Berkley design team during my senior year at Parsons and have managed to stick around since then.   How would you describe the conceptual processes you follow when envisioning then creating a book cover?

It really depends on the project, sometimes when the editor is describing the book in our meeting I can picture exactly what I would want the cover to look like in my head. Other times I find myself working on a title that covers material less familiar to me, like the book, THE SPY WHO COULDN’T SPELL, which is about the FBI attempting to break a code from a government informant.  Safe to say I don’t have any expertise in this area, so reading up on the case and looking at images of the code helped me conceptualize the cover.

Which of your book cover designs are your most proud of and why? I feel like this answer changes depending on when I am asked since I am usually most excited about whatever I am working on. Right now, I am proud of the cover for THE KISS QUOTIENT.  A lot of the romance books that would have gotten a more photographic treatment in the past are moving towards fun illustrated covers and I think this style really captures the feeling of this story.   How has the evolution of digital technology impacted your craft? 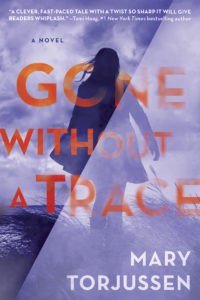 This is a difficult question to answer since as long as I have been working in design Photoshop and InDesign have been around. In terms of how to use technology to sell books, the majority of people buying books online means that the thumbnail of a cover is almost as important as the full-scale image.  More and more we want something that is visually interesting and easily identifiable at a smaller scale. 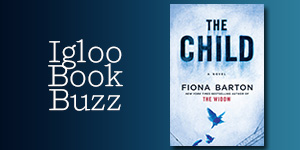 “A slow-burn portrait of loss and survival” is how Entertainment Weekly describes this week’s Igloo Book Buzz selection, THE CHILD, Fiona Barton’s new psychological suspense novel, on sale this week from Berkley.  Ms. Barton burst onto the scene last year with her bestselling debut thriller, THE WIDOW, one of the top breakout books of 2016. 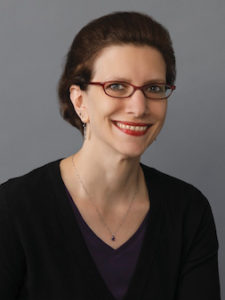 Danielle Perez[/caption] Berkley Executive Editor Danielle Perez says, “Fiona is such a pleasure to work with. Her novels are exquisitely suspenseful and twisty, but there’s also an impressive complexity and depth to her characters.  I think Fiona’s background as a journalist gives her deep and compassionate insight into people.  Both of Fiona’s novels, THE WIDOW and THE CHILD, have stunning twists and emotionally satisfying endings that are really earned.  We’re so thrilled that THE CHILD is receiving much-deserved stellar reviews.  Kate Waters, the journalist from THE WIDOW, is an important part of THE CHILD; readers who really responded to her character in THE WIDOW will love her in THE CHILD.” TIME called THE CHILD one of the “Top 10 thrillers to read this summer,” while a PEOPLE reviewer wrote, “Satisfying…. Long after their secrets are revealed, the author’s compassion for her wounded characters lingers.” And from a Boston Globe review: “This being a Barton thriller, there’s more to pretty much everything than meets the eye.” 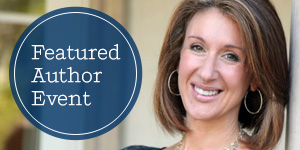 Jane Green, the “undisputed queen of the beach read,” will discuss and sign copies of her new novel THE SUNSHINE SISTERS (Berkley), in conversation with fellow Penguin Random House author Jean Hanff Korelitz, on Tuesday, June 27, at 7:30 p.m. at Books are Magic in Brooklyn.

expand
THE SUNSHINE SISTERS tells the story of three estranged sisters who return home upon the news of their mother’s serious illness. Although the three have never been close, they come together as they attempt to fulfill their mother’s last wishes—all while fighting through old jealousies and unspoken secret fears. The book has already been praised by People as “a warm, satisfying tale” and The Washington Post as a novel “with clear prose . . . a breezy story.” The author of eighteen novels, seventeen of which are New York Times bestsellers, Ms. Green has books published in over thirty-one languages that have sold more than ten million copies globally. Her other works include FALLING (Berkley), THE BEACH HOUSE (Berkley), and DUNE ROAD (Berkley). Formerly a UK journalist, Ms. Green used to have a radio show on BBC Radio London, and regularly appeared on shows such as Good Morning America, The Martha Stewart Show, and The Today Show.  Additionally, she has been a part of the ABC news team, does regular keynote speaking, and has a weekly column in England’s longest running weekly magazine. Ms. Green, a cancer survivor, says she believes that “gratitude and focusing on the good in life is the secret to happiness,” a sentiment that certainly rings true in many of her novels.