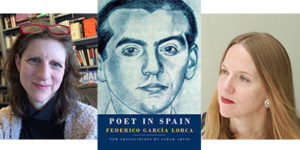 For the first time in a quarter century, a major new volume of translations of the beloved poetry by Federico García Lorca, considered Spain’s most famous poet and dramatist of all time, was published by Alfred A. Knopf. POET IN SPAIN, presented in a stunning bilingual edition and heralded as a literary landmark, was edited by Deb Garrison, Senior Editor, Alfred A. Knopf.  Here she shares fascinating personal insights into how this collection was created and the editorial process involved while working closely with Knopf poet, author and translator Sarah Arvio.

“Several years ago, Sarah let me know that she was translating some of Federico García Lorca’s work. The eminent Mark Strand, before he died, had encouraged her in this project, suggesting she seek the blessing of Lorca’s estate to publish her versions. I was intrigued. It had been a quarter century since a major new volume of Lorca translations had appeared, and the poet’s work presents unique issues for readers and translators. Some of his greatest work was unpublished at the time of his death—a brutal political murder on the eve of the Spanish Civil War, in 1936, when Lorca was just thirty-eight. Arvio, a lifelong professional translator and a poet of vivid colors, complex dream life, and pained love, seemed a great match for FGL. 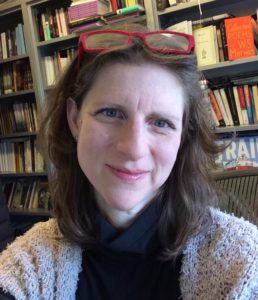 “As Arvio reminds us in her introduction to POET IN SPAIN, Lorca was celebrated in his lifetime as a playwright and poet of the Spanish people; he wrote about their inner lives amidst the ‘poplars, rivers, low hills and high sierra’ of his native land, with a freedom and daring that has caused his work to remain beloved and canonical in Spain, though it was banned there throughout Franco’s reign, into the 1970s. Lorca’s haunted and beautiful Dark Love Sonnets, which he was writing to a homosexual lover at the time of his death, and seem almost to anticipate that tragedy, survived only in a handwritten copy. These amazing poems waited nearly half a century to come to light, remaining unpublished until the 1980s. In our time, Sarah had the whole of the poet’s oeuvre to consider, and had definite feelings about what to include in her selection. Many of us are aware of Lorca’s surrealist-influenced work, Poet in New York, which grew out of his time spent in the United States in 1929. Sarah believed that the Spanish poems—poems of love and death, of lemon groves and bandits on black horses, which have what she calls a “wild, innate, local surrealism”—form the genuine core of the poet’s work. She discussed this with Laura García Lorca, the poet’s niece and Sarah’s contact at the estate, and Laura suggested she call her book “Poet in Spain”— setting up a contrast between the earthy Spanish poems and the more mannered, abstract New York work. 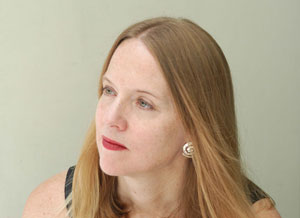 “As Sarah observes, poems like the iconic Gypsy Ballads were ‘full of radical iconoclasm: homosexual, feminist, anti-State, anti-religion. The descriptions of human desire, oppression and suffering are cloaked in a language so lovely you hardly notice the social criticism, the compassion for oppressed people, the belief in sexual liberty.’ In our age of gender fluidity, I was especially moved by Sarah’s freedom to enter the male love poems—bringing a feminine understanding into the work without missing a heartbeat. Sarah has composed the poems in English with her own style and sound, according to her personal sense of the powerful underground currents and bold wishes at the center of even the shortest songs Lorca penned. Also very exciting to me was that Sarah had found a few poems never formally published and never before seen in English, among them a love poem written on the back of a bill and saved for decades by a younger lover of Lorca’s, and the fragment of an unfinished sonnet that was probably connected to the Dark Love series. There is too much from this beautiful volume that I could quote—truly an embarrassment of riches, including a new translation of the play Blood Wedding, which Sarah calls a tragic poem in its own right—but I’ll share the Dark Love fragment. These eight lines of an incomplete sonnet, written on the thin, grayish paper he used for rough drafts, poignantly express the imaginative process and living energy of the poet, which Sarah Arvio has tried to breathe into every line of her book:

Oh sheet of whitenesses and dew

Hum of your body with my body

Cave of cotton flame and shadow

around your thighs of fire and cold white nard

now a branch and now a nightingale