The Romance Writers of America (RWA) has announced the finalists for its 2017 RITA  Awards, with 10 books published by Penguin Random House imprints among the nominees in the following categories: 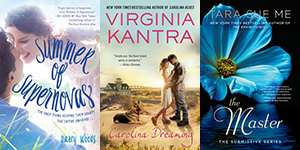 OFF THE HOOK by Laura Drewry (Loveswept) 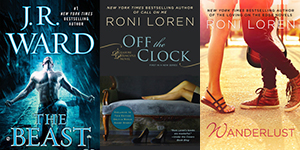 THE MASTER by Tara Sue Me (Berkley)

OFF THE CLOCK by Roni Loren (Berkley) 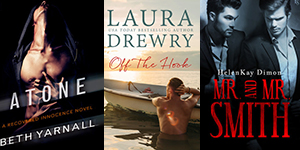 Warm congratulations to our nominated authors, their editors and publishers.

Up to 2,000 romance novels are entered in the RITA competition. A novel may be entered either by the author or by the book’s publisher in one of the contest categories.  After the first round of judging by published romance authors, entries that meet the qualifications to become a finalist then advance to the final round.

This year’s RITA  Awards winners will be announced July 27 at the 2017 RWA Annual Conference in Orlando, Florida.