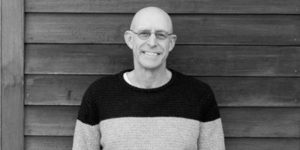 When Penguin Press author Michael Pollan set out to research how LSD and psilocybin (the active ingredient in magic mushrooms) are being used to provide relief to people suffering from difficult-to-treat conditions such as depression, addiction and anxiety, he did not intend to write what is undoubtedly his most personal book, HOW TO CHANGE YOUR MIND: What the New Science of Psychedelics Teaches Us About Consciousness, Dying, Addiction, Depression, and Transcendence, a #1 New York Times bestseller.

Upon discovering how these remarkable substances are improving the lives not only of the mentally ill but also of healthy people coming to grips with the challenges of everyday life, Pollan decided to explore the landscape of the mind in the first person as well as the third. The true subject of his “mental travelogue” is not just psychedelic drugs but also the eternal puzzle of human consciousness and how, in a world that offers us both suffering and joy, we can do our best to be fully present and find meaning in our lives.

In this “Meet our Author” interview, Pollan offers fascinating insights into the writing of HOW TO CHANGE YOUR MIND, his own personal experiences with psychedelics, how this influenced the creation of this book, and the biggest takeaways.

You are best known for your books about food such as THE OMNIVORE’S DILEMMA, IN DEFENSE OF FOOD, and COOKED. What led you to write about psychedelics?

It’s true I’m best known for my books about food and agriculture, but that work grew out of a deeper fascination with human engagement with the natural world, and the species we evolved with, a fascination explored in earlier books like The Botany of Desire and Second Nature. Food and beauty are two of the human desires other species have evolved to gratify, but there are other, more mysterious desires, and the human drive to change consciousness, whether mildly and routinely with plant drugs such as caffeine, or more dramatically with psychoactive mushrooms, has always fascinated me. Why do we want to do this potentially risky thing, and why did plants and fungi evolve these remarkable chemicals that affect us in this way? What do these experiences do for us, as individuals or as a society? Psychedelics are the most extreme case of this curious phenomenon, and they have been a central part of human societies for thousands of years. I wanted to find out why.

And then I began hearing about a renaissance of research into psychedelics by scientists hoping to treat cancer patients suffering from “existential distress,” addicts, people struggling with depression and so-called “healthy normals.” These researchers had found that psilocybin, the psychoactive compound in magic mushrooms, could reliably occasion a “mystical experience” in people that they deemed one of the two or three most significant experiences in their lives –comparable to the birth of a child of death of a parent. The experience had changed them in lasting ways. This was something I needed to explore. I wasn’t sure I had ever had a spiritual experience. Would one happen to me? Was there some dimension of existence or consciousness I was missing out on? Was it really possibly to change one’s mind as an adult? My journalistic curiosity soon morphed into a personal quest to explore some of the uncharted territory of both the mind and my mind.

While researching your book you decided to experience psychedelics yourself. Why? Did you have any reservations?

Well, I’ve always liked to do participatory or “immersive” journalism—I bought a cow to understand the cattle industry; built a house to understand architecture; and apprenticed myself to great chefs and bakers to learn their crafts, so embarking on a few psychedelic trips seemed like something I should do, for the edification of my readers if nothing else. I’ve always believed in the value of getting one’s hands dirty, so to speak, as a way to move beyond the usual journalistic attitudes of cynicism or world-weariness. You learn a lot more when you have some skin in the game.

But in this case it was more personal than that. It was impossible to listen to people describe these transformative experiences—experiences that had extinguished their fear of death, surfaced buried experiences from their childhoods, shifted their priorities in life and their whole world view—without feeling the need to have such an experience myself. Would I change? Was I capable of a “mystical experience?” Would I learn something new about myself? I was particularly keen on the possibility that the experience could help me escape habitual patterns of thought and behavior, something we all struggle with. But I certainly had reservations. I had had very little experience of psychedelics—I was only 12 during the Summer of Love, which means I’m less a product of the psychedelic sixties than of the moral panic against psychedelics. They terrified me. And the night before every one of my “journeys” I was a sleepless wreck, as I rehearsed in my mind everything that could go wrong, listening to a voice in my head saying this was crazy. That voice, I came to realize, was my ego trying (selfishly) to prevent me from a having an experience that, among other things, would undermine that ego.

How did your personal experiences influence your thinking and writing?

My trips allowed me to connect better with the dozens of patients and volunteers I interviewed, helping to put some flesh on abstractions I was hearing from them, like “ego dissolution,” and “mystical experience” or “merging with nature.” It allowed us to speak one another’s language about an experience often described as “ineffable.” But the experiences also presented a terrific literary challenge—how do you evoke a psilocybin or LSD trip on the page, without sounding like a lunatic? (You will decide if I succeeded.)

I also think the experiences changed me — changed my relationship to my ego (which I no longer think of as identical to my self, but more like a “character” that needs to be managed and sometimes demoted); made me a better meditator; generally made me more open and less defended, etc. My wife Judith, who had trepidations when I embarked on this journey, eventually became quite supportive. Initially she worried that my involvement in psychedelics might somehow change me. What she didn’t foresee is that it might change me for the better!

What is the biggest take-away from your experience writing this book?

Though ostensibly a book about psychedelics, HOW TO CHANGE YOUR MIND is really a book about the mind—a realm on which psychedelics happen to shine a powerful new light. Consciousness is one of the greatest mysteries there is—there is nothing of which we are more certain, and yet nothing that is further from being understood by modern science: how brains produce consciousness (if in fact they do—some believe it may exist outside of us). Yet consciousness itself is not a single thing. Psychedelics show us that, as William James said, minds are capable of multiple kinds of consciousness, separated from our everyday experience by “the filmiest of veils.” There are doors in the room of one’s mind that open onto unsuspected dimensions of mental experience. Psychedelics is only one of those doors—there are other, non-pharmacological doorknobs too, like meditation, prayer, breathing exercises, sweat lodges, vision quests, etc. But turn any one of these knobs and enter, and you realize, as I did in my “reporting” for this book, that the mind is far vaster, and the world more alive, than I ever suspected.