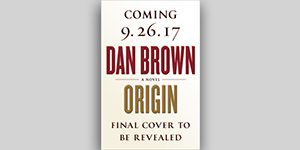 Global publishing phenomenon Dan Brown, author of the #1 international blockbusters INFERNO and THE DA VINCI CODE, has written his latest Robert Langdon thriller titled ORIGIN. Doubleday will release the novel in the U.S. and Canada on September 26, 2017 and it will also be available as an ebook and an audiobook from Penguin Random House Audio. ORIGIN will be published simultaneously in the U.K. by Transworld Publishers, a division of Penguin Random House.  Additionally, a U.S. Spanish language edition will be published by Vintage Espanol.  The announcement was made today by Sonny Mehta, Chairman and Editor-in-Chief of the Knopf Doubleday Publishing Group. Jason Kaufman, Vice President and Executive Editor at Doubleday, will edit the novel. 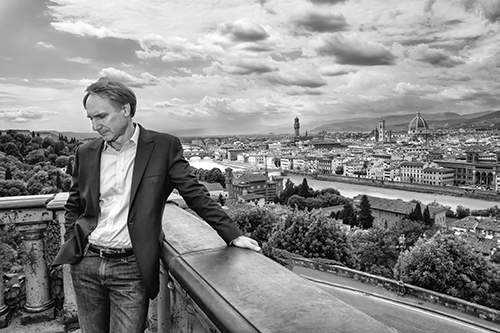 In keeping with his trademark style, Brown interweaves codes, science, religion, history, art and architecture into this new novel. ORIGIN thrusts Harvard symbologist Robert Langdon into the dangerous intersection of humankind’s two most enduring questions, and the earth-shaking discovery that will answer them.

There are more than 200 million copies of Dan Brown’s books in print worldwide, and his novels have been translated into 56 languages.

He is the author of numerous #1 international bestsellers, including THE DA VINCI CODE, INFERNO, THE LOST SYMBOL, ANGELS & DEMONS, DECEPTION POINT and DIGITAL FORTRESS.