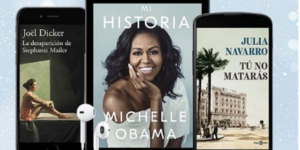 Penguin Random House’s audiobook business is an essential pillar of our global growth strategy for 2019 and beyond. Read on for an interview with Carmen Ospina, Director of Marketing, Analytics and Business Development at PRH Grupo Editorial.

Q: There has been an increased demand for Spanish-language audiobooks in your territories. Can you speak to the differences in your various markets and the collaborative efforts with your US colleagues? 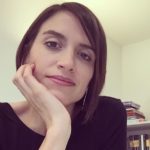 A: Yes, demand has increased and it will continue to grow as important players like Audible and Storytel open their dedicated Spanish-language storefronts in Spain, Mexico, the U.S. and other Spanish-speaking territories. Although this will likely change in time, most of our sales today come from the United States, where the audiobook market is more mature and the format is widespread.

expand
Partly for this reason, and also because we wanted to learn from their experience, we have collaborated closely with PRH US’s audiobook team since we launched our first audiobook pilot in 2014. They’ve recommended studios and shared production guidelines and technical specifications, we’ve also collaborated on rights acquisitions and we’re now co-producing important titles like the Game of Thrones saga. We also co-hired award-winning audio director/producer Jorge Reyes, and he is now helping both companies with their production. Collaborating closely with Amanda D’Aciernco’s team has been key for the success of our project and it’s been a major competitive advantage for Grupo Editorial to have their know-how as we create an audiobook market in the Spanish-speaking world.