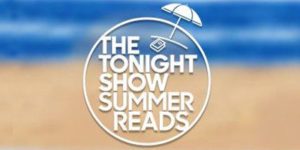 Kicking off what he called “the summer of reading,” Jimmy Fallon recently announced that he is launching The Tonight Show’s first-ever-book club. Dubbed the “The Tonight Show Summer Reads,” Jimmy picked five finalists and Penguin Random House publishes these three titles:

THE IMMORTALISTS by Chloe Benjamin (Putnam) THE GOOD SON by You-Jeong Jeong (Penguin Books) PROVIDENCE by Caroline Kepnes (Lenny) Vote for your favorite book here by noon on Thursday, June 28. Then, tune into The Tonight Show on Friday night, June 29, when Jimmy Fallon will announce the official “Tonight Show Summer Read!” To share your enthusiasm on social media, follow Jimmy Fallon on Instagram and The Tonight Show on Facebook and interact using #TonightShowSummerReads #prhpartner. Watch Jimmy Fallon announce his book club: https://www.youtube.com/watch?v=mRkZNEcLHuw 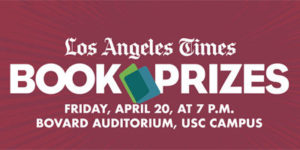 The 39th annual Los Angeles Times Book Prizes were announced at the L.A. Times Festival of Books this past weekend at the University of Southern California, and among the award winners for books published in 2017 were five titles from Penguin Random House imprints in the following categories:

Congratulations to our award-winning authors, their editors and publishers. To view the complete list of this year’s L.A. Times Book Prize winners, click here. The Los Angeles Times Book Prizes were first awarded in 1980, with the idea of honoring literary excellence and celebrating the community of readers in Los Angeles. The inspiration of former L.A. Times book editor Art Seidenbaum, those first prizes included awards in four book categories – fiction, history, general nonfiction and poetry. 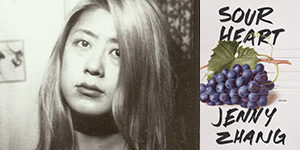 Jenny Zhang’s SOUR HEART, her debut story collection, was published on August 1 and is the first book released by LENNY, the new Random House imprint launched in partnership with Lena Dunham and Jenni Konner.  Writer Jessica Mizzi posted a conversation with Zhang on Signature, a Penguin Random House online vertical that

expand
provides readers with unique points of view built atop a literary foundation, making well-read sense of the world.    Here is an excerpt from Mizzi’s conversation with Zhang: Being a second-generation American is a truly unique experience – your sense of culture is stronger than those around you, and your family’s immigrant experience will always play a leading role in your life, despite how much time passes. Comprised of seven short stories, SOUR HEART tells the tale of Chinese immigrants and their descendants in America. Readers will get to see the immigrant experience through the eyes of young, second-generation, Asian American girls in this compelling piece of fiction. Heartbreak, old pain, and eye-opening discovery fill the pages of this debut, sparking emotional highs and lows until the very last page. We got the chance to speak with Jenny about her debut collection, and our conversation spanned the immigrant experience, family, reading, writing, and more.

SIGNATURE: Before we dive into the book, I have to know: What’s it like to be the first author published by LENNY Books? JENNY ZHANG: I’m elated that my stories have found such a loving home! From its very inception, Lenny Letter set out to create a supportive, positive, inclusive space on the internet that does not shy away from complexity and nuance. I read things online everyday but sitting down to read a physical book without an eye on the neverending scroll of social media and news is unsurpassable, nearly fetishistic in its pleasures. Lena Dunham and Jenni Konner, who founded LENNY Books together, also happen to have exquisite reading tastes – from obscure small press poetry chapbook to dishy memoirs to literary novels – and so it’s a real honor that they’ve chosen to announce their imprint with my stories. SIG: Though fiction, SOUR HEART is based on real events, such as the immigrant experience in the 1990s and the Cultural Revolution. How much research went into the development of your stories? How much is based on personal history? JZ: Growing up, I had a face that people wanted to tell things to and I grew up with adults who had so much to say. They had lived through decades of unbelievable poverty, starvation, political upheaval, chaos. Chinese people of my parents’ generation who lived through the Cultural Revolution knew so much of death at such a young age and the psychic toll those experiences left was immense. I knew the stories of the Cultural Revolution before knowing what the Cultural Revolution was. It’s weird to know the particulars of a history without ever being fully taught that history. It’s like standing on a puzzle piece and never having vision wide enough to see exactly what the pieces add up to. I avoided researching until after writing several drafts of each of these stories. I wanted to have the blurry vision my child narrators have when recalling a past that they never lived through but heard about so many times. Usually, when I got to the sixth or seventh draft, I realized that I needed to know more than my narrators knew, and so I turned to history books. Unfortunately, because I can’t read in Chinese, my research was limited to books written in English. To say that was extremely limiting is an understatement. Imagine writing a book about America in the 1960s based on books written by Chinese historians who never actually lived in America in the 1960s. SIG: Your stories dive into the hearts of young girls coming of age in New York City. Did you choose to narrate the stories with a female perspective, or did it happen naturally? JZ: It came about on its own, almost without me trying, like some kind of twisted immaculate conception. I’d hear voices in my head and I’d try to write them down. I had a spotty track record but when I did write down these voices, it would often lead to a scene or a character, and in some cases, an entire story. Some of these stories were only a page or a line for the first two years. I’d return to them from time to time and try to turn it into a full tale. Sometimes an idea reveals itself prematurely. Maybe that’s one form of writers’ block – when you want to write about something but you need to live a few more years, exist longer as a person before you are equipped to write it. It can be frustrating to write that way, but often ambition precedes skill. To read the complete conversation between Jessica Mizzi and Jenny Zhang on Signature, click here.